The Earth’s surface consists of a few large plates and numerous smaller ones that are continuously moving either away from or towards each other at an extremely slow pace. At the boundaries of two plates, the heavier oceanic plate sinks below the lighter continental plate in a process that experts call subduction. For a long time, though, those experts have been puzzling over what happens to the plate margin that dives into the Earth’s mantle, known as the subducting slab. Some scientists assumed that the slab remains as rigid and strong as the plate itself and simply bends due to the gravity force and mechanical interaction with the Earth’s mantle.

However, models of the Earth’s interior constructed by scientists using seismic tomography revealed contradictory results: in the western United States, for example, the researchers observed anomalies at different depths on their tomographic images. These indicated that the slabs submerged beneath the Americas may be segmented. The scientists therefore concluded that the slabs in the mantle must be strongly deformed and are by no means rigid and immobile.

With the aid of computer models, other researchers, including ETH Professor Paul Tackley, confirmed that subducted slabs are indeed weak and deformable. And they formulated the subduction dichotomy hypothesis that can be expressed in simple terms: plates on the surface are rigid and strong (read: non-deformable), while the slabs in the mantle are soft and weak.

“Until now, however, research has lacked a plausible mechanism to explain how this bending occurs and why sinking plate margins (slabs) become soft and weak,” says Taras Gerya, Professor of Geophysics at ETH Zurich.

Observations revealed that numerous faults are found on the upper surface of a sinking plate where it meets the other plate. Seawater penetrates the plate through these faults and is in fact literally sucked in by suction forces. This weakens the plate on its upper side.

Yet this alone is not sufficient to explain the segmentation of the slab — the anomalies observed on tomographic images. Another mechanism must also be at work to weaken the underside of the margin enough for segmentation to occur.

Gerya and his American colleagues David Bercovici and Thorsten Becker therefore suspected that compression of the underside of the plate at the point where it bends downward was “crushing” large and strong, millimetres size olivine crystals in the plate by forcing them to recrystallise into much weaker, micrometres size granular aggregate — thereby reducing the plate’s resistance and allowing it to bend.

Using a new two-dimensional computer model that integrated this grain reduction as a central mechanism, the three researchers then studied the process in silico. Their study was recently published in the journal Nature.

And indeed, the simulations revealed that sinking plates deform due to the massive reduction of olivine grains on their undersides, splitting into individual segments over time. These segments are rigid and stiff, but remain connected to each other by weak hinges made of ground grains.

In the simulations, parallel cracks appear at the segment boundaries on the plate’s upper surface. Below these cracks are the zones with “crushed” mineral grains.

“Just imagine you’re breaking a bar of chocolate,” Gerya says with a grin. A bar of chocolate, too, can be divided into segments only along the specified weak points. The squares of chocolate are rigid, but the connecting pieces between them are weak. “That’s why a sinking plate isn’t uniformly bent or deformed, but segmented.”

And here’s how it might play out in reality: The heavier plate sinks under the lighter one. A weak spot with smaller mineral grains within the sinking plate allows it to bend. The bending stress causes the minerals to crumble in more places on the underside. The resulting weakness leads to a fracture, and a segment forms. As the plate margin sinks deeper and deeper into the mantle, it causes further segments to form at the bend. As a result, the slab eventually resembles a chain with rigid links and bendable connectors. At a depth of about 600 kilometres, the segmented plate margin slides onto what is known as the 670 km discontinuity in the Earth’s mantle, from which point it moves horizontally.

“The results of our simulations are consistent with observations in nature,” Gerya explains. A great deal of research has been done on the natural situation along the Japan Trench, where the Pacific plate sinks below the Okhotsk plate. The pattern of faults found here is an exact match for the pattern produced in the simulations.

Researchers have also studied the seismic velocity structure of subducting Japan slab thoroughly using its recently produced high-resolution seismic tomography model. They found that the velocity of the seismic waves sent out by earthquakes was reduced at some nodes inside the slab. The pattern with which these nodes occur in reality coincides with that of the segment boundaries from the simulations. And both in nature and in the computer model, it is zones with very small crystals only micrometres across that are responsible for reducing the velocity of the seismic waves.

These tiny crystal grains also make the underside plate material less viscous; in other words, it becomes runnier. Researchers at the Japan Trench were able to demonstrate this, too.

“That means our model is very plausible and provides solid physical background for the hypothesis of rigid plates with weak slabs,” Gerya says. But the research is far from over: one of his Bachelor’s students, Simon Niggli, has modelled and described plate fractures in three dimensions for the first time. Next the researchers want to investigate whether the segmentation of plate margins can also be responsible for strong earthquakes.

Note: The above post is reprinted from materials provided by ETH Zurich. Original written by Peter Rueegg. 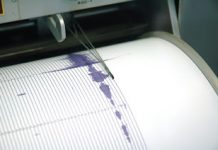 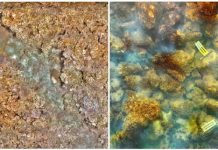 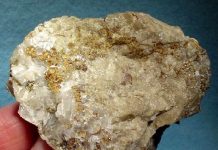 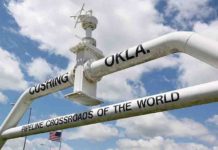