Scientists used high-power laser beams at the Department of Energy’s SLAC National Accelerator Laboratory to simulate the shock effects of a meteorite impact in silica, one of the most abundant materials in Earth’s crust. They observed, for the first time, its shockingly fast transformation into the mineral stishovite — a rare, extremely hard and dense form of silica.

You can scoop up bits of stishovite at the scene of meteorite impacts, such as a 50,000-year-old meteor crater in Arizona that measures about 3/4-mile across and about 570 feet deep. A similar form also exists naturally at the extreme pressures of Earth’s mantle, hundreds of miles below ground.

The Speed of Stishovite

In the experiment at SLAC, researchers used lasers to create a shock wave in samples of silica glass. The heat and compression of this shock wave caused tiny crystals, or “grains,” of stishovite to grow within just a few nanoseconds, or billionths of a second. This speed defies predictions that the changes take tens or even hundreds of times longer.

“The beauty here is that the quality of the data enabled us to make a measurement that gives us entirely new insight into the mechanism for this transformation,” said Arianna Gleason, who led the experiment at SLAC’s Linac Coherent Light Source (LCLS) X-ray laser, a DOE Office of Science User Facility. The work was published in the Sept. 4 issue of Nature Communications.

“Figuring out how atoms rearrange themselves in this material is important, and to our great surprise, what we expected to be a slower process is really rapid,” said Gleason, who was a postdoctoral researcher at SLAC and Stanford University at the time of the 2012 experiment and is now a postdoctoral fellow at Los Alamos National Laboratory. “That was not known before. LCLS gave us access to this ultrashort timescale combined with the capability to generate a shockwave, which is unique.”

The improved understanding gives researchers new insight about the basic properties of silica and other materials, and could ultimately lead to improved models of planetary formation and composition and new approaches for designing future materials with improved functionality, such as strength.

In the LCLS experiment, researchers aimed two optical laser pulses at the same point on the silica samples. They used brilliant, ultrashort X-ray pulses produced by LCLS to explore the resulting shock effects on a timescale of femtoseconds and from an atom’s-eye view. They varied the arrival time of the X-ray pulses to pinpoint the speed of the material’s transformation.

Previous experiments, including high-compression experiments that squeezed samples between diamonds, lacked the ultrafast timescales and the atomic-level resolution made possible by LCLS X-rays.

Researchers have since conducted follow-up experiments that explore other shock properties in this and other materials, including metals and semiconductors heavily used in industry.

“We’re really just scratching the surface of being able to visualize transformations during shock compression in real time via snapshots with LCLS, and in understanding the states of materials in the interior of our own planet and other planets,” said Gleason. 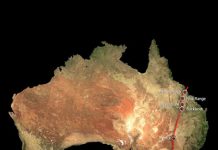 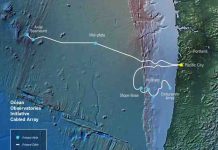 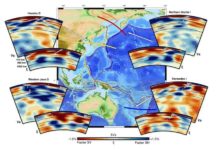 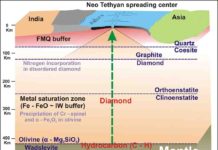