Dr. George Poinar, Jr., an entomologist from Oregon State University, has found a fossilized flea the like of which he has never seen. Its basic characteristics are so strange, he says, that it deserves its own genus. And in fact, the name of the genus he has applied to the insect, Atopopsyllus, means “strange flea” in Greek.

Dr. Poinar describes the insect, which he believes is 20-30 million years old, in the latest issue of the Journal of Medical Entomology.

The flea’s most notable unusual features, according to Dr. Poinar, are ones “that I cannot find on any other flea, fossil or extant.”

One strange feature is that it has five-segmented maxillary palps.

Another feature that caught Poinar’s eye is a structure similar to cerci.

“I couldn’t find anything like that in present-day fleas except in the female,” he said. “That fascinated me, that this male would have a structure similar to that. I don’t know if it’s homologous. All I can say is that it’s there, it’s in the same place that the female’s structure is.”

The cerci are found at the insect’s rear, and the specific epithet of the new flea, Atopopsyllus cionus, recognizes this feature. Cionus is from the Greek “kion” or “pillar,” which refers to the organ found on the flea.

The specimen also shows the connection between insects and pathogenic microorganisms. In addition to the flea’s unusual morphology, Poinar was struck by the microorganisms found in the flea, which is embedded in amber from the West Indies.

He also found trypanosomes in the specimen.

“So we know that this flea was vectoring at least two pathogens,” he said. “It shows that even back at that time, pathogens were established in fleas in the West Indies. They could have affected rodents because we found rodent hair in the amber. This shows the antiquity of the relationship between vector, host, and pathogen.”

The specimen was actually discovered by Poinar’s wife Roberta while the two of them were going though a collection of amber at their lab at the University of California, Berkeley (before they moved to Oregon). Stimulated by the discovery of this flea, Poinar says that he and his wife will try to find more samples of Atopopsyllus cionus in the future. 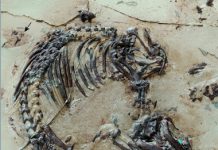 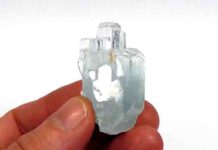 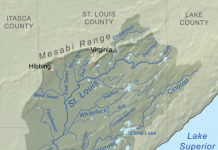 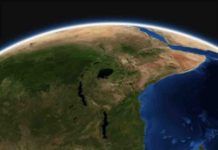