On April 30, 2018, on the eastern flank of Hawaii’s Kīlauea volcano, lava suddenly drained from a crater that had been spewing lava for more than three decades. Then the floor of the crater, named Pu’u’ō’ō, dropped out.

Over three months, Kīlauea spat out enough lava to fill 320,000 Olympic-sized swimming pools, destroyed more than 700 homes and displaced thousands of people. The summit landscape itself was transformed as its crater collapsed by as much as 1,500 feet throughout the summer in a way that scientists are only beginning to understand.

“In the entire 60 years of modern geophysical instrumentation of volcanoes, we’ve had only half a dozen caldera collapses,” said Stanford University geophysicist Paul Segall, lead author of a new study in Proceedings of the National Academy of Sciences that helps explain how these events unfold and finds evidence confirming the reigning scientific paradigm for how friction works on earthquake faults.

The results may help to inform future hazard assessments and mitigation efforts around volcanic eruptions. “Improving our understanding of the physics governing caldera collapses will help us to better understand the conditions under which collapses are possible and forecast the evolution of a collapse sequence once it begins,” said co-author Kyle Anderson, PhD ’12, a geophysicist with the U.S. Geological Survey who was part of the team working on-site at Kīlauea during the 2018 eruption.

The nature of friction

A key factor controlling the collapse of volcanic calderas — and the rupture of earthquake faults around the world — is friction. It’s ubiquitous in nature and our everyday lives, coming into play any time two surfaces move relative to each other. But interactions between surfaces are so complex that, despite centuries of study, scientists still don’t completely understand how friction behaves in different situations. “It’s not something that we can entirely predict using only equations. We also need data from experiments,” Segall said.

Scientists seeking to understand the role of friction in earthquakes usually run these experiments in labs using rock slabs barely larger than a door and often closer to the size of a deck of cards. “One of the big challenges in earthquake science has been to take these friction laws and the values that were found in the laboratory, and apply them to, say, the San Andreas Fault, because it’s such an enormous jump in scale,” said Segall, the Cecil H. and Ida M. Green Professor of Geophysics at Stanford’s School of Earth, Energy & Environmental Sciences (Stanford Earth).

In the new study, published July 23, Segall and Anderson examine the slipping and sticking of Kīlauea volcano’s collapse block — a chunk of crust five miles around and half a mile deep — to characterize friction at a much larger scale. “We set out to develop a mathematical model of that collapse, highly simplified, but using modern understanding of friction,” Segall said.

Kīlauea’s caldera collapsed not in one smooth descent, but rather like a sticky piston. Roughly every day and a half, the collapse block dropped by nearly eight feet in a matter of seconds, then stopped. That’s because as magma in the chamber below the caldera surged out to fissures in Kīlauea’s lower eastern flank, it took away support for the overlying rock. “Eventually, the pressure becomes low enough that the floor falls in and it starts collapsing, like a sinkhole,” Segall said.

By the time the 2018 Kīlauea eruption ended, the volcano’s piston-like collapse events repeated 62 times — with each one triggering an earthquake and every move tracked down to the millimeter every five seconds by an array of 20 global positioning system (GPS) instruments. During the first few dozen collapse events, the geometry of the rock surfaces changed, but they held stable for the final 30 halting descents.

The new research shows that for this type of eruption, when the eruptive vent is at a lower elevation, it leads to a bigger drop in pressure below the caldera block — which then makes it more likely that a collapse event will start. Once collapse initiates, the weight of the massive caldera block maintains pressure on the magma, forcing it to the eruption site. “If not for the collapse, the eruption would have undoubtedly ended much sooner,” Segall said.

Segall and Anderson’s analysis of the trove of data from Kīlauea’s caldera collapse confirms that, even at the vast scale of this volcano, the ways different rock surfaces slip and slide past one another or stick at different speeds and pressures over time are very similar to what scientists have found in small-scale laboratory experiments.

Specifically, the new results provide an upper bound for an important factor in earthquake mechanics known as slip-weakening distance, which geophysicists use to calculate how faults become unstuck. This is the distance over which the frictional strength of a fault weakens before rupturing — something that’s central to accurate modeling of the stability and buildup of energy on earthquake faults. Laboratory experiments have suggested this distance could be as short as tens of microns — equivalent to the width of a hair spliced into a few dozen slivers — while estimates from real earthquakes indicate it could be as long as 20 centimeters.

The new modeling now shows this evolution occurs over no more than 10 millimeters, and possibly much less. “The uncertainties are bigger than they are in the lab, but the friction properties are completely consistent with what’s measured in the laboratory, and that’s very confirming,” Segall said. “It tells us that we’re okay taking those measurements from really small samples and applying them to big tectonic faults because they held true in the behavior we observed in Kīlauea’s collapse.”

The new work also adds realistic complexity to a mathematical piston model, proposed a decade ago by Japanese volcanologist Hiroyuki Kumagai and colleagues, to explain a large caldera collapse on Miyake Island, Japan. While the widely embraced Kumagai model assumed the volcano’s rock surfaces changed as if by flipping a switch from being stationary relative to each other to slipping past one another, the new modeling recognizes that the transition between “static” and “dynamic” friction is more complex and gradual. “Nothing in nature occurs instantaneously,” Segall said. 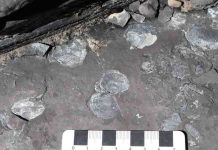 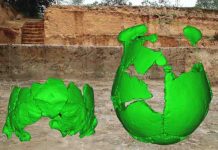 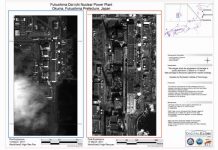 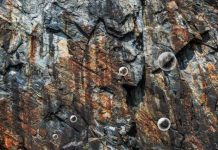