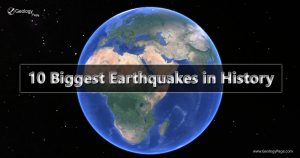 Listed below are all known earthquakes measured or estimated to have a magnitude of 8.5 or above on the moment magnitude or Richter magnitude scale.

The 1960 Valdivia earthquake or Great Chilean earthquake (Gran terremoto de Chile) of 22 May is the most powerful earthquake ever recorded. Various studies have placed it at 9.4–9.6 on the moment magnitude scale. It occurred in the afternoon (19:11 GMT, 15:11 local time), and lasted approximately 10 minutes. The resulting tsunami affected southern Chile, Hawaii, Japan, the Philippines, eastern New Zealand, southeast Australia and the Aleutian Islands.

The epicenter of this megathrust earthquake was near Lumaco (see map), approximately 570 kilometres (350 mi) south of Santiago, with Valdivia being the most affected city. The tremor caused localised tsunamis that severely battered the Chilean coast, with waves up to 25 metres (82 ft). The main tsunami raced across the Pacific Ocean and devastated Hilo, Hawaii. Waves as high as 10.7 metres (35 ft) were recorded 10,000 kilometres (6,200 mi) from the epicenter, and as far away as Japan and the Philippines.

The death toll and monetary losses arising from this widespread disaster are not certain. Various estimates of the total number of fatalities from the earthquake and tsunamis have been published, ranging between 1,000 and 6,000 killed. Different sources have estimated the monetary cost ranged from US$400 million to 800 million (or $3.2 billion to $6.4 billion today, adjusted for inflation)

Lasting four minutes and thirty-eight seconds, the magnitude 9.2 megathrust earthquake was the most powerful recorded in North American history, and the second most powerful recorded in world history. Soil liquefaction, fissures, landslides, and other ground failures caused major structural damage in several communities and much damage to property. Anchorage sustained great destruction or damage to many inadequately earthquake engineered houses, buildings, and infrastructure (paved streets, sidewalks, water and sewer mains, electrical systems, and other man-made equipment), particularly in the several landslide zones along Knik Arm. Two hundred miles southwest, some areas near Kodiak were permanently raised by 30 feet (9.1 m). Southeast of Anchorage, areas around the head of Turnagain Arm near Girdwood and Portage dropped as much as 8 feet (2.4 m), requiring reconstruction and fill to raise the Seward Highway above the new high tide mark.

In Prince William Sound, Port Valdez suffered a massive underwater landslide, resulting in the deaths of 30 people between the collapse of the Valdez city harbor and docks, and inside the ship that was docked there at the time. Nearby, a 27-foot (8.2 m) tsunami destroyed the village of Chenega, killing 23 of the 68 people who lived there; survivors out-ran the wave, climbing to high ground. Post-quake tsunamis severely affected Whittier, Seward, Kodiak, and other Alaskan communities, as well as people and property in British Columbia, Washington, Oregon, and California. Tsunamis also caused damage in Hawaii and Japan. Evidence of motion directly related to the earthquake was reported from all over the world.

3- Off the West Coast of Northern Sumatra

The 2004 Indian Ocean earthquake occurred at 00:58:53 UTC on 26 December with the epicentre off the west coast of Sumatra, Indonesia. The shock had a moment magnitude of 9.1–9.3 and a maximum Mercalli intensity of IX (Violent). The undersea megathrust earthquake was caused when the Indian Plate was subducted by the Burma Plate and triggered a series of devastating tsunamis along the coasts of most landmasses bordering the Indian Ocean, killing 230,000 people in 14 countries, and inundating coastal communities with waves up to 30 metres (100 ft) high. It was one of the deadliest natural disasters in recorded history. Indonesia was the hardest-hit country, followed by Sri Lanka, India, and Thailand.

It is the third-largest earthquake ever recorded on a seismograph and had the longest duration of faulting ever observed, between 8.3 and 10 minutes. It caused the entire planet to vibrate as much as 1 centimetre (0.4 inches) and triggered other earthquakes as far away as Alaska. Its epicentre was between Simeulue and mainland Indonesia. The plight of the affected people and countries prompted a worldwide humanitarian response. In all, the worldwide community donated more than US$14 billion (2004) in humanitarian aid. The event is known by the scientific community as the Sumatra–Andaman earthquake. The resulting tsunami was given various names, including the 2004 Indian Ocean tsunami, South Asian tsunami, Indonesian tsunami, the Christmas tsunami and the Boxing Day tsunami.

4- Near the East Coast of Honshu, Japan

The 2011 earthquake off the Pacific coast of Tōhoku  was a magnitude 9.0 (Mw) undersea megathrust earthquake off the coast of Japan that occurred at 14:46 JST (05:46 UTC) on Friday 11 March 2011, with the epicentre approximately 70 kilometres (43 mi) east of the Oshika Peninsula of Tōhoku and the hypocenter at an underwater depth of approximately 30 km (19 mi). The earthquake is also often referred to in Japan as the Great East Japan earthquake and also known as the 2011 Tohoku earthquake, and the 3.11 earthquake. It was the most powerful earthquake ever recorded to have hit Japan, and the fourth most powerful earthquake in the world since modern record-keeping began in 1900.The earthquake triggered powerful tsunami waves that reached heights of up to 40.5 metres (133 ft) in Miyako in Tōhoku’s Iwate Prefecture, and which, in the Sendai area, traveled up to 10 km (6 mi) inland. The earthquake moved Honshu (the main island of Japan) 2.4 m (8 ft) east, shifted the Earth on its axis by estimates of between 10 cm (4 in) and 25 cm (10 in), and generated sound waves detected by the low-orbiting GOCE satellite.

The tsunami was generated by a major earthquake in the Pacific Ocean, 130 kilometers (81 mi) from the shore of Kamchatka, with an estimated magnitude of 9.0. There were three waves about 15–18 meters (49–59 ft) high. After the earthquake the majority of the Severo-Kurilsk citizens fled to the surrounding hills, where they escaped the first wave. However, most of them returned to the town and were killed by the second wave. The third wave was minor. According to the authorities, out of a population of 6,000 people, 2,336 died. The remaining survivors were evacuated to continental Russia. The settlement was then rebuilt in another location.

The 2010 Chile earthquake occurred off the coast of central Chile on Saturday, 27 February at 03:34 local time (06:34 UTC), having a magnitude of 8.8 on the moment magnitude scale, with intense shaking lasting for about three minutes. It ranks as the fifth largest earthquake ever to be recorded by a seismograph. It was felt strongly in six Chilean regions (from Valparaíso in the north to Araucanía in the south), that together make up about 80 percent of the country’s population. According to the United States Geological Survey (USGS) the cities experiencing the strongest shaking—VIII (Severe) on the Mercalli intensity scale (MM)—were Concepción, Arauco and Coronel. According to Chile’s Seismological Service Concepción experienced the strongest shaking at MM IX (Violent). The earthquake was felt in the capital Santiago at MM VII (Very strong) or MM VIII. Tremors were felt in many Argentine cities, including Buenos Aires, Córdoba, Mendoza and La Rioja.7 Tremors were felt as far north as the city of Ica in southern Peru (approx. 2,400 km (1,500 mi) away).

The earthquake triggered a tsunami which devastated several coastal towns in south-central Chile and damaged the port at Talcahuano. Tsunami warnings were issued in 53 countries,  and the wave caused minor damage in the San Diego area of California and in the Tōhoku region of Japan, where damage to the fisheries business was estimated at ¥6.26 billion (US$66.7 million). The earthquake also generated a blackout that affected 93 percent of the Chilean population and which went on for several days in some locations. President Michelle Bachelet declared a “state of catastrophe” and sent military troops to take control of the most affected areas. According to official sources, 525 people lost their lives, 25 people went missing and about 9% of the population in the affected regions lost their homes.

7- Off the Coast of Ecuador

The 1906 Ecuador–Colombia earthquake occurred at 15:36 UTC on January 31, off the coast of Ecuador, near Esmeraldas. The earthquake had a moment magnitude of 8.8 and triggered a destructive tsunami that caused at least 500 casualties on the coast of Colombia.

More than 1,000 people were killed, with hundreds more injured, mostly in Nias, in northern Sumatra, Indonesia. The quake hit just months after an even bigger earthquake destroyed the region.

The quake ruptured below the surface of the Indian Ocean, where the Indo-Australian Plate is pushing under the Eurasian plate at the Sunda trench, similar to the 2004 quake.

The 1950 Assam–Tibet earthquake, also known as the Assam earthquake, occurred on August 15, the third Independence Day of India, and had a moment magnitude of 8.6. The epicentre was located near Rima, Tibet. The earthquake was destructive in both Assam and Tibet, and between 1,500 and 3,300 people were killed.

It was the 6th largest earthquake of the 20th century. It is also the largest known earthquake to have not been caused by an oceanic subduction. Instead, this quake was caused by two continental plates colliding. 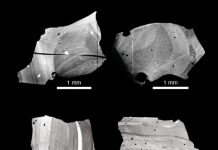 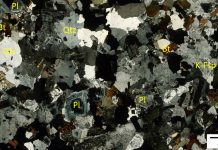 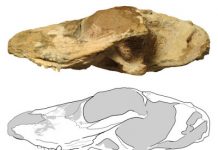