Molecular clocks — based on changes in genetic material — indicate much younger ages for a wide variety of plants found as fossils in southern Argentina than do the solid, geologic dates of those fossils, according to geoscientists who surveyed recent paleobotanical discoveries in Patagonia.
The finding suggests serious biases in molecular clocks, which are heavily used to date many kinds of living things. It also directly refutes a widely-held idea about how most Southern Hemisphere plant and animal groups attained their current distributions.

Geologists date fossils by radioisotopic analysis, which can produce absolute ages with uncertainties less than 0.05 percent. Molecular clocks apply rates of molecular change and fossil ‘calibrations’ to the tree of life to construct a ‘timetree’ that estimates when evolutionary events occurred. Substitution rates come from DNA found in multiple genes, and known, dated fossils provide the calibration anchor points. Even though the clock method’s stated errors are much larger than for geologic dating, it offers the hugely appealing advantage of dating the large proportion of living organisms that have very limited, or no, fossil record.

“Paleontology and molecular clocks have a long, uneasy relationship,” said Peter Wilf, a paleobotanist and professor of geoscience, Penn State. “Paleontologists want molecular clocks to work. However, for years we have seen molecular dates, mostly for very deep evolutionary events, that are much older than the corresponding fossils. This situation has been a frustrating Catch-22 because if the clocks are wrong, no fossils exist that could demonstrate they are wrong. Here, we looked at many new plant fossils from the extremely productive region of Patagonia, and we found the opposite, that the fossils are much older than the clock dates. In this case, we can definitely say that the clocks are wrong. The fossils prove it.”

Wilf, Ignacio Escapa, National Scientific and Technical Research Council, Egidio Feruglio Paleontology Museum (MEF), Trelew, Argentina, and many others have worked on Patagonian paleobotany together based at Penn State, MEF, and Cornell University for more than a decade.

We are dealing with one of the most recent controversies in biological sciences,” said Escapa. “Is it possible to determinate the tempo of evolution without an exhaustive analysis of the fossil record? The extremely diverse fossil record emerging from Patagonia seems to indicate that this is not currently possible.”

Wilf and Escapa looked at 19 fossil plant lineages of ferns, cycads, conifers and flowering plants from Patagonia, Argentina and compared their ages to molecular clock studies that used other fossils as calibrations. They reported their results today (Dec. 2) online in New Phytologist. They found that most of the fossil dates are significantly older than those determined by the molecular clock data, unless a previous calibration was already very closely related to the target fossil. The work’s further significance lies in the fact that all the fossils examined represent plants that lived on the supercontinent Gondwana, in its terminal stage.

“We targeted our study towards one of the greatest debates in biology: what explains the disjunct distributions of so many plant and animal groups on different southern land masses separated by vast oceans?” said Wilf. “These land masses were once joined in Gondwana, and one famous school of thought, known as vicariance biogeography, holds that the modern distributions mostly result from the subsequent separations of the continents and the organisms that lived on them. On the other hand, molecular ‘timetrees’ increasingly place many evolutionary events after the final breakup of Gondwana, about 45 million years ago.”

This explanation requires that many plant and animal groups evolved relatively recently, then somehow dispersed across the oceans. The vast accumulation of young molecular dates has convinced many researchers that this striking idea is correct.

“However, what we see in these fossils is that classic Southern Hemisphere plants, like the monkey puzzle trees that now inhabit South America and Australasia, lived on Gondwana long before it broke up.” said Wilf. “Transoceanic travel is not required to explain their past and present distributions, and our results will reinvigorate the vicariance school. However, we caution that dispersal across oceans probably still played an important role, though diminished from what many have thought recently.”

Gondwana was once composed of most of the land that is now in the Southern Hemisphere, plus India. At its last stage 45 million years ago, it still included Antarctica, South America, and Australia. The researchers’ results show that living plant groups found as fossils across the Southern Hemisphere evolved while there were still land connections or shallow water between these continents. In many cases, no long distance, deep-water crossings were necessary to achieve the distributions of the fossils’ living relatives.

Fossil plants from Patagonia are a superb resource for comparing geologic and molecular dates. Not only do fossils have accurate geological dates, but the taxonomic information on those fossils is well known because of their excellent preservation and completeness. There is now a large amount of new, high-quality information emerging from Patagonia that has not yet been assimilated into molecular dating studies, offering this rare opportunity to compare fossils and clocks for a relatively large number of plant groups.

Recommended For You  Five amazing extinct creatures that aren't dinosaurs

The researchers are not certain why there is strong directional bias in these molecular clock dates. They suggest that some molecular clock studies omitted known fossils, which would have made the dates older. They also suggest that the conventions for placing fossils on the tree of life as calibrations are too conservative and seem to bias molecular estimates significantly toward younger dates.

The inaccuracy of the molecular clocks in this study raises new doubts about the accuracy of clock dates for many other organisms, from animals to human pathogens. The work bolsters the importance of continuing to find new fossils of important plant and animal groups from the many undersampled regions of the world. However, even though the dialogue between paleontologists and molecular biologists is often difficult, the researchers agree that it must continue so that a broader understanding can emerge.

“Discovery and description of new and exciting fossils, together with real interdisciplinary efforts, may be the single best opportunity to develop a clear consensus about this important issue in the evolution of life,” said Escapa. 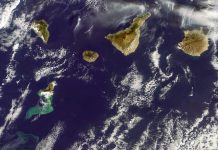 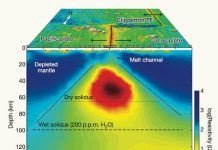 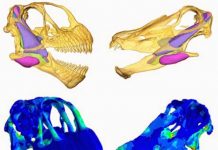 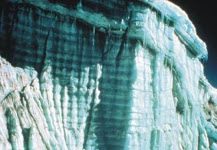