An egg much smaller than a common grain of sand and found in a tiny piece of fossilized dung has helped scientists identify a pinworm that lived 240 million years ago.

It is believed to be the most ancient pinworm yet found in the fossil record.
The discovery confirms that herbivorous cynodonts — the ancestors of mammals — were infected with the parasitic nematodes. It also makes it even more likely that herbivorous dinosaurs carried pinworms.

Scott Gardner, a parasitologist and director of the Harold W. Manter Laboratory of Parasitology at the University of Nebraska-Lincoln, was among an international group of scientists who published the study in the journal Parasites & Vectors.

“This discovery represents a first for our team and I think it opens the door to finding additional parasites in other species of fossil organisms,” he said.

The team found the pinworm egg in a coprolite — fossilized feces — collected in 2007 at an excavation site in Rio Grande do Sul state in southern Brazil.

The coprolite was collected at a site with abundant fossilized remains of cynodonts. Previously, an Ascarid-like egg — resembling a species of nematode commonly found in modern-day mammals — was found in the coprolite.

The pinworm egg, representing an undescribed or “new species,” was named Paleoxyuriscockburni, in honor of Aidan Cockburn, founder of the Paleopathology Association.

The structure of the pinworm egg placed it in a biological group of parasites that occur in animals that ingest large amounts of plant material. Its presence helped scientists deduce which cynodont species, of several found at the collection site, most likely deposited the coprolite.

Since the field of paleoparasitology, or the study of ancient parasites, emerged in the early 20th century, scientists have identified parasites of both plants and animals that date back as far as 500 million years ago.

The study of parasites in ancient animals can help determine the age of fossilized organisms and help establish dates of origin and diversification for association between host species and parasites. Coprolites are a key part of the study, enabling a better understanding of the ecological relationships between hosts and parasites.

Other members of the team were Jean-Pierre Hugot of the National Museum of Natural History in Paris; Victor Borba, Juliana Dutra, Luiz Fernando Ferreira and Adauto Araujo of Oswaldo Cruz Foundation in Rio de Janeiro; Prisiclla Araujo and Daniela Leles of Fluminense Federal University in Rio de Janeiro; and Atila August Stock Da-Rosa of the Federal University of Santa Maria in Rio Grande do Sul.

Note : The above story is based on materials provided by University of Nebraska-Lincoln. The original article was written by Leslie Reed. 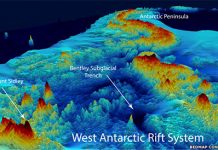 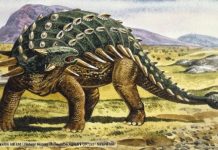 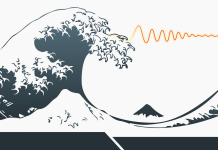 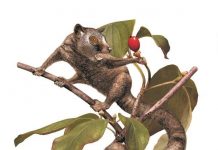