Insects, spiders and millipedes make up the majority of all animals on land. While today not many of them live in the water, their ancestors were once aquatic.

A 411-million-year-old fossil shows us what one of these groups looked like when they still spent their days in the water.

The ancestors to modern-day arthropods, the vastly successful group that includes insects, spiders, millipedes and crabs, originated during the Cambrian Period about 541 million years ago.

These creatures were small and fully aquatic, living in the oceans and freshwater at the same time as most other major lineages of animals were also starting to appear. But at what point these early arthropods then began to split into the major land-living groups we see today has not been well established.

One of the biggest holes in the fossil record of arthropods has been the origin of the centipedes and millipedes, known collectively as the Myriapoda. No aquatic form of this lineage has ever been identified, until now.

Looking at fossils found within a rock formation known as the Rhynie Chert that date to about 410 million years old, researchers have been able to look in exquisite detail at some of the tiny arthropods preserved within. They found that some of these creatures were aquatic myriapods.

Dr. Greg Edgecombe, a palaeontologist at the Museum who studies arthropods, has been working with colleagues to describe these tiny early relatives to centipedes and millipedes.

“It’s something I have been wrestling with for a couple of decades now, and is one of the great holes in the arthropod fossil records,” says Greg. “This it is the first opportunity to see what the animals looked like in that gap.”

The description has now been published in the Proceedings of the National Academy of Sciences of the U.S..

The first animals on land

Arthropods are the most successful groups of animals on the planet, accounting for roughly 80% of all animals currently alive.

They are one of a few groups of animals that successfully made the transition from the oceans to land, one of the others being amniotes, and were the first to do so by at least some 420 million years ago.

Generally, the terrestrial arthropods can be broken up in three main groups: the hexapods (which includes insects), the arachnids (spiders and their kin) and the myriapods (centipedes and millipedes).

But rather that this occurring as a single event, each separate group of arthropods made the transition on their own.

“There were three major independent terrestrialisation events in Arthropoda,” explains Greg. “All of them had to deal with the same basic challenges because land was a hostile environment.” Each group had to figure out how to prevent drying out, how to support their own bodies and walk, how to excrete and not least how to breathe.

We know that the first arthropods appeared during the Early Cambrian some 541 million years ago, as their fossils have been found in deposits such as the Burgess Shale, and we know that by the Early Devonian they were well established on land.

It is what happened in between these events that has been less certain.

The Rhynie Chert is a deposit found in Aberdeen, Scotland. It preserves one of the earliest terrestrial ecosystems, containing some of the first plants and animals that colonised the land.

When the rocks were being formed, the region would have been a system of pools and springs not unlike what is seen in Yellowstone National Park today, although not quite as extreme. Within these pools freshwater plants and animals were thriving, and around the margins they were beginning to explore the surrounding land.

It is within these rocks that Greg’s colleague Dr. Christine Strullu-Derrien was able to identify the tiny fossil arthropods. By using innovative microscopy methods, Christine managed to image these animals in astonishing detail, showing the fine anatomy of their mouth parts.

“These little details allow us to see that there are a set of organs in the head of the fossils that correspond to what we see in the mouth regions of living myriapods,” says Greg. This has confirmed that they were likely the early, aquatic-living ancestors to all living centipedes and millipedes.

What is interesting about this is that this is not the first time that these early myriapods have been found in the fossil record.

Known as euthycarcinoids, the bodies of these creatures are known in rocks dating from the Cambrian to the Triassic, while their trackways have been found on ancient tidal flats and coastal sand dunes. It’s just that these fossils were not detailed enough and had previously been misidentified as being early crustacean or arachnid relatives.

Now, Greg and his colleagues have been able to show that this interpretation was wrong, and that they actually belong to an entirely different groups of arthropods and help to plug this long-standing gap in the fossil record.

The work is also helping to show how the use of modern technology can give new insights into old specimens.

“To be honest, they’re just seriously beautiful fossils,” says Greg. “We can tell more about the shape of these animals than I could even have imagined would have been possible.

“That one image of the specimen is one of the most sublime fossils that I will ever have the opportunity to work on.” 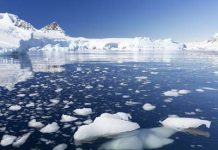 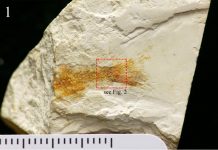 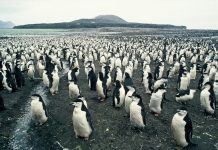 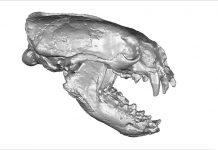