Just over 50 years ago, scientists first theorized that the magnetization of the ocean floor recorded the reversals of Earth’s geomagnetic field, as well as information on the tectonic motion of crustal plates. In just 5 decades, the role of rock magnetism in the geosciences has bloomed dramatically to also include applications to climate and environmental change, biogeoscience, planetary and meteorite evolution, volcanology, soil science, and archaeology. Rock magnetic researchers have made meaningful contributions to all of these disciplines because of an ever-improving ability to describe the magnetic minerals that are present in natural materials.

An important improvement in magnetic characterization has been the development of the first-order reversal curve (FORC) technique, which allows researchers to map out the distribution of magnetic properties of a sample’s magnetic grains, as well as grain-to-grain interactions and intragrain magnetic phenomena. Earth scientists can leverage these high-resolution magnetic data by interpreting them in the context of particular geologic processes, including, for example, mineral transformations, magnetofossil detection, and information on the solar system’s magnetic environment recorded in meteorite minerals.

To discuss the results of recent advancements in the FORC technique and to plan future work, 55 researchers from 13 nations gathered at the University of Minnesota in July for a workshop on first-order reversal curves. The meeting attracted senior and junior researchers from a range of disciplines working in academic, industry, and governmental settings.

Presentations at the meeting provided historical review of the development of the FORC technique, hands-on training for the best practices in collecting and processing FORC data, and case studies on the magnetic behavior of synthetic and geological materials. Perhaps the most important part of the meeting was the identification of three priorities for future research.

First, scientists agreed on the need to continue to develop cross-platform software for processing of FORC data collected on a variety of magnetometers. Second, because the technique is still emerging, continued collaboration between experimentalists (e.g., mineralogists and materials scientists) and theoretical physicists is needed to interpret data correctly. Establishing strong links between trends observed in FORC data and actual geological processes remains an important challenge for Earth scientists.

Finally, scientists across different disciplines need to develop a common language to communicate the importance of their FORC research to one another and the broader scientific community. Improvements in magnetic characterization are a direct result of collaborative efforts among mineralogists, physicists, materials scientists, and engineers. Continued cross-disciplinary forums of this kind will help further collaboration and communication.

The FORC technique is of rapidly growing importance for describing the magnetic minerals in natural and synthetic systems. New and innovative applications continue to develop at a brisk pace, and the research priorities set forward at this meeting aim to provide direction for future magnetic research in the geosciences.

Talks and training videos can be viewed at the meeting website.

Note: The above post is reprinted from materials provided by American Geophysical Union. The original article was written by Joshua M. Feinberg and Leonard Spinu. 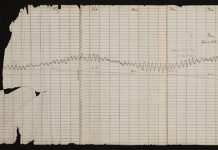 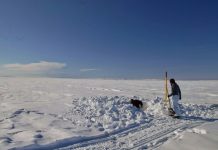 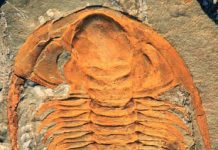 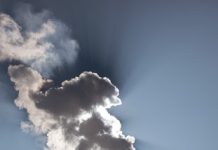