A newly described softshell turtle that lived in North Dakota 66.5 million years ago at the end of the Cretaceous Period, just before the end-Cretaceous mass extinction,is oneof the earliest known species of the genus, according to new research shared in the journal Cretaceous Research.

Hutchemys walkerorum lived during a period when large and well-known dinosaurs also roamed Earth, including Tyrannosaurus rex and Triceratops. The find adds important information to scientists’ understanding of softshell turtles more broadly, including the potential effects of the end-Cretaceous mass extinction, which took place in this same time period, on their evolution.

Steven Jasinski, who recently completed his Ph.D. in Penn’s Department of Earth and Environmental Sciences in the School of Arts & Sciences, led the research, collaborating with advisor Peter Dodson of the School of Veterinary Medicine and Penn Arts & Sciences. The research team included Andrew Heckert and Ciara Sailar of Appalachian State University and Asher Lichtig and Spencer Lucas of the New Mexico Museum of Natural History and Science.

“Until recently we didn’t understand these softshell turtles very well,” says Jasinski. “However, we are starting to get more information on this extinct group of turtles and further understanding their evolution, including how they dealt with the mass extinction.”

The fossil specimen of the new species, a partial carapace — the bones that cover the back and what people think of as a turtle’s “shell” — was discovered in 1975 in southwestern North Dakota. A field crew from Appalachian State University led by Frank K. McKinney and John E. Callahan collected the specimen, along with a specimen of Triceratops, that summer. The fossil turtle specimen remained at Appalachian State until 2013, when Heckert discussed it with Jasinski, a master’s student at East Tennessee State University at the time.

Research started in earnest around that time and continued as Jasinski was at Penn for his doctoral studies. Based on the structure of the specimen, he and colleagues determined this fossil belonged to a genus of turtles from the American West known as Hutchemys. Hutchemys walkerorum represents one of the rare occurrences of these turtles prior to the mass extinction event that brought the Age of Dinosaurs to an end. It also represents the easternmost occurrence of the genus during the Cretaceous Period.

“With this study we gain further insight into winners and losers during the cataclysm that ended the Age of Dinosaurs,” says Dodson. “The mighty dinosaurs fell, and the lowly turtle survived.”

A phylogenetic analysis, comparing the new species with other known trionychids, or softshell turtles, gave the scientists a better understanding of the group’s evolutionary relationships. Their analysis placed Hutchemys walkerorum with other known species of Hutchemys and several other turtles in a distinct group of derived plastomenines, which they named Plastomenini. In addition, the researchers found a group of early trionychids, placing them in a newly established subfamily, Kuhnemydinae. Kuhnemydines are fossil species from Asia, and the team’s analysis suggests the family Trionychidae originated in Asia before migrating to North America sometime in the Late Cretaceous.

The researchers’ investigations also led them to another new classification in the Trionychidae family, a subfamily they named Chitrainae. This group encompasses modern softshell turtles, including the narrow-headed and giant softshell turtles found in southern Asia.

The species name walkerorum honors Greg and Susan Walker, whose philanthropy created The Greg and Susan Walker Endowment in 2006. Under the terms of that gift, students in the Department of Earth and Environmental Science (EES) may apply for funds to undertake research projects for which no other source of support is immediately available.

“The Greg and Susan Walker Endowment awards research support, typically for projects costing up to $5,000, in response to proposals submitted to the endowment through the Department of Earth and Environmental Science,” says Robert Giegengack, professor emeritus.

“The professors and advisors who approve the endowment do an awesome job in helping the students thrive,” says Joan Buccilli, an administrator in the EES department who assists students seeking support. “However, I really do feel I have the best job, getting to navigate through their awards with them and getting to see firsthand how excited they are and what they have accomplished.”

Jasinski was awarded Walker Research Grant funds for this project as well as others describing new species of dinosaurs, turtles, dogs, and investigations of dinosaurs and carnivorous mammals. “The Walkers’ generous support helped me get the most out of my time while at Penn,” says Jasinski, “and I know they were vital to the research of other students as well. This was one of the major reasons we wanted to name this new species in their honor.”

Hermann Pfefferkorn, professor emeritus, says, “Research funds like the one established by the Walkers allow both undergrad and graduate students to pursue research that is not funded by the grants of their professors. This means that their creativity can bear fruits very early in their career. In this way they learn to be scientists in their own right.” 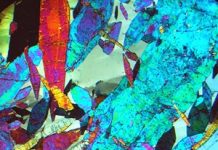 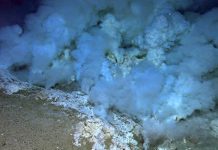