A lucky find by a young boy on a Prince Edward Island beach has revealed important information about the early evolution of reptiles, according to new research from the University of Toronto Mississauga.

In 1995, father and son Ed and Mike Arsenault were exploring the beach at Cape Egmont, Prince Edward Island, when they spotted a fossil embedded in the red sandstone. They pried the rock from the earth to discover a nearly complete fossil of a small animal. After unsuccessful attempts to sell the find, Mike stashed the fossil under his bed where it stayed until years later when an endowment allowed the Royal Ontario Museum to acquire it in 2004.

In a new study published in the January edition of the Proceedings of Royal Society B: Biological Sciences, study co-author and UTM professor Robert Reisz and his team describe the Arsenault find, Erpetonyx arsenaultorum, which turns out to be an entirely new genus and species of reptile that lived millions of years ago, and the first new species from the Canadian Maritimes in over four decades.

Early reptiles evolved during the Carboniferous era when much of this part of the world was covered in swampy forests. Previous data showed that parareptiles (from which turtles originate) had one ancestor that survived the Carboniferous era, however a dearth of specimens leaves large gaps in our understanding of this period.

The Arsenault fossil is the only specimen from this part of the Carboniferous era, and the only reptile specimen from that time. Named in honour of its discoverers, Erpetonyx arsenaultorum adds new branches to the early reptilian family tree, increasing the number of reptiles known to be living at the time.

“Our analysis of the interrelationships of early reptiles reveals that our new species is the closest relative of a enigmatic group called bolosaurid parareptiles,” says Reisz, who adds that the find sheds new light on the diversity of reptiles at the end of the Carboniferous period. “It suggests reptiles were 80 per cent more diverse than previously thought,” he says.

Erpetonyx arsenaultorum has no living relatives, Reisz says, adding that that the 25-com-long lizard would have looked very similar to a modern-day desert iguana. It had clawed feet and small peg-like teeth. “We presume that it was a carnivore and insectivore, eating arthropods and small vertebrates,” he says.

It’s a lucky find. “Small fossils like these are easily overlooked. They are also less likely to be preserved in the fossil record than those of larger species,” Reisz says of the fossil. “This is one of the nicest looking, most complete reptiles of the Carboniferous period.” 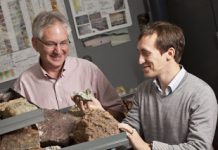 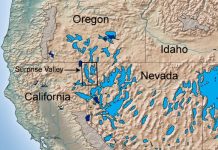 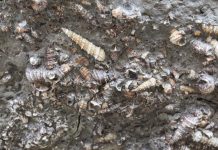 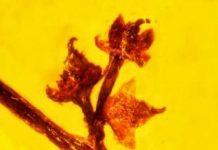