Texas and New Mexico each have a good range of mineral specimens to be found from fluorite, quartz, opals, barite, agates, chalcedony and more. In particular, Texas has a great range of fossil specimens that you can find, too. Some states offer many pay-to-dig incentives.

What minerals can be found in Texas?

What minerals can be found in New Mexico?

New Mexico is a popular state for searching for a range of rocks, minerals, and gems. There is an array of numerous styles that can be mined here, some of which are pretty good.

Few of the most highly desired minerals that you can find in the state of New Mexico. Turquoise, Opal, Amethyst, Jasper, Red Beryl, Peridot & Azurite

Mineral Wells Fossil Park provides the fossil enthusiast, paleontologist, and student an excellent opportunity to see and collect well preserved “Pennsylvanian Period” fossils with ease and abundance. These fossils have been dated to be just over 300 million years old. Yes, you read correctly, you may collect and take fossils out of the park – for personal use only.Â See the park rules for more information.

The park as it exists today is a result of 20 years of erosion of the old City of Mineral Wells landfill’s borrow pit, which was closed in the early 1990s. The erosion of the borrow pit has revealed fossils documenting ancient sea species of crinoids (sea lilies), echinoids (urchins), brachiopods, pelecypods (clams and oysters), bryozoans, corals, trilobites (arthropods), plants and even primitive sharks.

In recent years, the borrow pit has become a mecca for the avid fossil hunter, the amateur and professional paleontologist, and various fossil, paleontological, gem and mineral groups and societies in Texas and the surrounding states.

What Can I Find in Mineral Wells Fossil Park?

The most common fossil found at Mineral Wells Fossil Park are the stalks of crinoids (sea lilies). While crinoids may look like weird plants, they are actually animals. There are likely dozens of species found here, each with their own design and ornamentation. Some even have spikes.

In 1887, Rev. Thomas A. Broad began constructing a handsome, two-story sandstone house north of Mason’s courthouse square on Comanche Creek. The house was later purchased in 1891 by Edward M. Reynolds, a banker from New York, who hired the German architect Richard Grosse to remodel and enlarge the house. In 1919, the property was sold to Swedish immigrant Oscar Seaquist, after which the family made several improvements to the house. Oscar Seaquist died in 1933, leaving his widow, Ada, to care for the mansion until her death in 1972.

The Seaquists’ son and daughter-in-law, Garner and Clara Seaquist, began the first major refurbishment of the house in 1972. Work was completed in the summer of 1973 and for the first time the mansion was opened to the public for tours. It received a Texas state historical marker in 1974 and is listed on the National Register of Historic Places. The Seaquist House Foundation purchased the house in January of 2015 and continues to restore the property.

In Texas the Seaquist Family Ranch is topaz Hunting’s most famous spot. Like the other privately owned places that do not permit public collecting, Seaquist Family Ranch is available to anyone, so you can dig up so gather as many jewels as you may like. Topaz is the most precious gem found here but exquisite quartz as well as chalcedony, jasper and agate can also be found here. The spring rain will rush the work, wiping the top dirt away and unveiling fresh gems.

At Bar M Ranch, guests are invited to search Honey Creek and its tributaries for topaz. Blue Topaz is the state gem of Texas—naturally occurring topaz of this variety is quite rare. Mason County, located in the heart of Texas, is the best place in the state for hunters to find the colorless and light blue varieties. As there is no commercial mining of topaz in our area, Bar M Ranch offers everyone the opportunity to search for (and keep, of course!) the gem.

To beginner rockhounds who are interested in hiring a guide to help them discover the isolated mineral and fossil hunting areas of Texas, this is a rare opportunity. Some of his favorite locations include trips for agate and other collectible rocks to some of the Texas ‘ famous rockhounds.

Such supervised excursions encourage novices and seasoned rockhounds alike to find a wide range of minerals. One of the best aspects about the Teri Smith Rock Hunts is the access provided to certain unique Texas ranches which some have not yet looked for. The chances of discovering mineral quality specimens are very good.

This mine is located on Highway 380 approximately three miles west of Bingham, next to the Blanchard Rock Shop in Bingham, New Mexico. When you want to find minerals of high quality than this is one of the finest pay-to-dig mines you can visit.

Good tabular barite crystals and cubic fluorite specimens can be found, as well as galena crystals and other wonderful minerals. When you wish your loved ones to collect ready gemstones as presents then you can buy them in the adjacent Blanchard Rock Store.

Rockhound State Park is a state park of New Mexico, United States, located 7 miles (11 km) southeast of Deming. It is named for the abundance of minerals in the area, and visitors can search for quartz crystals, geodes, jasper, perlite, and many other minerals. The park is located in the Little Florida Mountains, a range of low mountains that have become sky islands due to the arid desert between the peaks.

Recommended For You  Diamond collection brings deep Earth to the surface

It is a free collection place, where you can visit in the Little Florida Mountains. What makes this place so unique is that it’s one of the few state parks in the nation that has been expressly built for rock collectors. Several kinds of collectable gemstones can be found from quartz, agates, chalcedony, and opals. Rockhounds can carry up to 15 pounds of rocks a day, and it’s not costing you money.

Kelly Mine is a disused metalliferous mine located on Dartmoor’s eastern slope near Lustleigh village in Devon, England. This was active intermittently from the 1790s until 1951. It is one of some ten mines and two or three trials within the triangle created by the towns of Bovey Tracey and Moretonhampstead and the village of Hennock, which worked micaceous haematite deposits, known as “shiny rock.’ The mine is the focus of a volunteer restoration effort since 1984.

A mining lease dating back to the 1790s marks the first mining record on this site, and some activity may have lasted until the early 1870s. The mine reopened in 1879 and produced 324 tons of haematite from then until 1891—a comparatively small amount. From 1892 until 1900 the mine was closed when it restarted under the Scottish Silvoid Company which operated it until 1917 when it was taken over by Ferrubron, who also operated the nearby Great Rock Mine. Ferrubron worked the mine until 1946, when work on the property ceased. The Pepperdon Mining company opened a level for the extraction of ore near Kelly Mining for a year or two from 1950, and the washing plant at Kelly was used for the initial treatment of this ore.

The mine never employed a large number of people; in the fifty years to 1938 it had an average of six workers, and rarely more than ten. 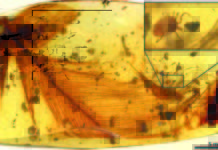 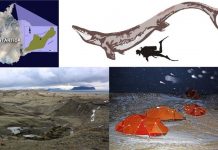 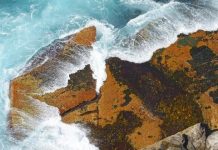