New research reveals that mysterious pockets of earthquake activity in the middle of North America all have one thing in common: Earth’s crust in these zones underwent significant deformation hundreds of millions of years ago, creating weak areas that are more susceptible to earthquakes. These fracturing features could help explain why some regions in central and eastern North America are more seismically active than others.

Earthquakes typically happen along fault lines, like California’s San Andreas fault, where the edges of Earth’s tectonic plates scrape against each other, releasing enough energy to shake the ground. Some seismic activity occurs in the middle of tectonic plates, but these earthquakes are generally random, occur rarely and are poorly understood.

But a few spots within the North American tectonic plate – thousands of kilometers away from the plate’s boundaries – experience earthquake activity frequently.

Seismologists have found geological evidence of past earthquakes greater than magnitude 7 in some regions in the eastern U.S. and Canada. For example, from December 1811 to February 1812, three magnitude-7 earthquakes shook southeastern Missouri, knocking down trees, damaging homes and disrupting the Mississippi River current.

Seismologists don’t know why these pockets of earthquakes occur in the middle of tectonic plates, but a new study suggests they happen in places where Earth’s crust experienced ancient fracturing events on top of old, buried fault lines.

It is important to better understand these intraplate seismic zones since the earthquakes associated with them have the potential to deal significant damage, said Christine Powell, a seismologist at the University of Memphis Center for Earthquake Research and Information in Memphis, Tennessee and co-author of the new study accepted for publication in Tectonics, a journal of the American Geophysical Union.

While California’s infrastructure is built to withstand large tremors, construction in central and eastern North America typically does not account for strong earthquakes. If a magnitude 7 earthquake happened within the North American tectonic plate today, communities would sustain serious injuries and face multi-billion-dollar damages to property, Powell said.

“We have to understand as much as we possibly can about why the earthquakes are here,” she said. “All of that information can then be used to help public safety and building construction.”

Seismologists know that many intraplate seismic zones overlap with ancient fault lines. But only parts of old fault lines in central and eastern North America show frequent earthquake activity. Unlike California, where earthquakes occur along the entire San Andreas Fault line, central and eastern North America experience seismic hiccups on only specific segments of old faults. The rest of the inner-North American faults are seismically inactive.

In the new study, Powell and her co-author Bill Thomas, an emeritus professor of geology at the University of Kentucky and now at the Geological Survey of Alabama in Tuscaloosa, reviewed the most active seismic spots in eastern and central North America to determine what geologic features may be involved with intraplate earthquakes.

The researchers reason that fracturing events from hundreds of millions of years ago have lowered the ability of Earth’s crust to withstand high levels of stress in these regions. This means that a weaker crust has a higher chance of breaking under the pressure of various geological forces, resulting in more seismic activity.

For example, roughly 357 million years ago, a large meteor hit the Charlevoix Seismic Zone, shattering rocks within the crust, likely creating the perfect conditions along the ancient fault to host future seismic activity, according to the researchers.

“You can look up and down the rest of those long faults and you don’t see the earthquake activity in other places. It’s just where that big meteorite smacked it,” Powell said.

An old fault line running through the Eastern Tennessee Seismic Zone is bent instead of straight, which created additional fracturing in the area as the North American Plate moved over time. The New Madrid Seismic Zone encompasses a segment of ancient fault lines where the two sides of the North American continent began to pull apart, but stopped short of making a significant break. The plates instead crunched back together, leaving the crust significantly faulted and fractured.

In each case, crustal deformation has weakened the crust along ancient fault lines, according to the researchers’ findings.

Past research has examined intraplate seismic zones individually, but no study has yet made an overall comprehensive attempt to explain all of them, Thomas said.

“This is the first [study] that actually answers the question: why do [intraplate earthquake zones] happen where they do,” Powell said.

Recommended For You  Prediction of large earthquake probability improved

The researchers point out that there are other spots within eastern and central North America that may have concentrated crustal deformation but lack significant seismic activity. Therefore, they suspect that crustal deformation is necessary for creating intraplate seismic zones, but intraplate earthquakes occur only in places with the right present-day crustal forces.

“If the various forces acting on the crust are oriented in the right direction, those faults down there will be reactivated,” Powell said.

This story is republished courtesy of AGU Blogs (http://blogs.agu.org), a community of Earth and space science blogs, hosted by the American Geophysical Union. Read the original story here. 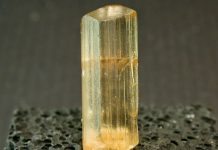 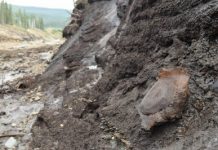 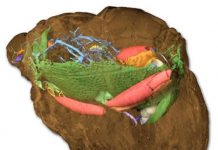