Smoky quartz is a grey, translucent variety of quartz that ranges in clarity from almost complete transparency to an almost-opaque brownish-gray or black crystal. Like other quartz gems, it is a silicon dioxide crystal. The smoky colour results from free silicon formed from the silicon dioxide by natural irradiation.

A very dark brown to black opaque variety is known as morion. Morion is the German, Danish, Spanish and Polish synonym for smoky quartz. The name is from a misreading of mormorion in Pliny the Elder. It has a density of 5.4.

Cairngorm is a variety of smoky quartz crystal found in the Cairngorm Mountains of Scotland. It usually has a smoky yellow-brown colour, though some specimens are greyish-brown.

It is used in Scottish jewellery and as a decoration on kilt pins and the handles of sgianan-dubha (anglicised: sgian-dubhs or skean dhu). The largest known cairngorm crystal is a 23.6 kg (52 lb) specimen kept at Braemar Castle.

Irradiation of pure quartz will cause electrons to be ejected from some of the oxygen atoms. The electrons will return immediately, and the crystal is colorless.

The addition of Al to the SiO2 structure (about 1 Al atom for every 10000 Si atoms) results in a change in color in the crystal. If Al3+ replaces the Si4+ ion in the SiO2 framework to maintain electrical neutrality of the crystal, a proton (H+) could be present. If irradiation ejects an electron from an oxygen atom near the aluminum ion, the electron can be trapped by the proton. The whole (AlO4)5- entity creates a “hole” color centre, being converted to (AlO4)4-.The hydrogen atom does not absorb light. (AlO4)4-) absorbs light to produce the gray-to-brown-to-black color of smoky quartz.

Recommended For You  What is Monomineralic Rock? 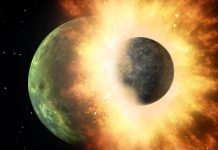 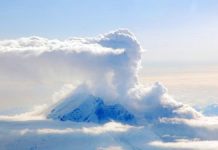 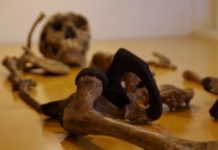 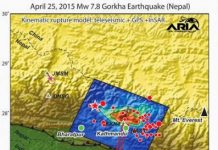