Sunstone is a plagioclase feldspar that shows a spangled appearance when viewed from certain directions. It was found in different locations in Southern Norway, Sweden and the United States.

The glitter effect is caused by mineral Hematite inclusions, or sometimes Goethite or Pyrite (and in one rare instance, Copper). Aventurescence is the term used to describe the glittery effect on Sunstone.

How is Sunstone formed?

Sunstone is formed in molten lava and with the help of a volcano is discharged to the surface. The lava is or is broken away. Then fine sunstone crystals are released.

Where to find Sunstone?

Sunstone was not popular until recently. Localities of Sunstone. Aventurescent feldspar was found in Australia, Canada, China, Congo, India, Mexico, Norway, Russia, Sri Lanka, Tanzania, the U.S. (Oregon, New York, Virginia, Pennsylvania) and other places. Oregon is home to the most famous sunstone deposits in the United States.

The variant “orthoclase sunstone” was found near Crown Point and several other locations in New York, as well as in Delaware County, Pennsylvania’s Glen Riddle and Amelia Courthouse, Amelia County, Virginia. Sunstone is also found at Sunstone Knoll in Millard County, Utah, in Pleistocene basalt flows.

What is an Oregon Sunstone?

Sunstones are found in fine gem quality in Oregon alone. This gemstone is never, as other gems are, heated, irradiated, or colored, but left completely natural.

Some Oregon sunstones due to millions of microscopic copper platelets, known as schiller, exhibit a glow from within. Stone colors range from clear, champagne, yellow, pink light, salmon, orange, and red to blue-green. Intense red and blue-green are the rare colors. Sometimes as many as three colors appear in one stone when viewed from different angles. Sunstone is 6.5-7.2 on the Moh’s scale of hardness, which means it can be polished, faced, and carved into jewelry.

Sunstone is mined in Lake and Harney counties from shallow pits, where it was formed millions of years ago in lava flows. Native Americans valued sunstone nuggets, trading and using them in ceremonies of Medicine Wheel throughout Western America. In burial sites and sacred bundles, sunstone was found.

Is Sunstone a natural stone?

Yes, these inclusions give the stone an aventurine-like appearance, so sunstone is also known as “aventurine-feldspar.” Copper is responsible for the optical effect called shiller and color in Oregon Sunstone.

How much is Sunstone worth?

The value of Oregon Sunstone. Pale yellow to colorless, non-phenomenal Oregon sunstones, be they native cut or calibrated stones, can go to $ 20 per carat for a custom cut for a few dollars per carat. Pinks and tans, with and without a schiller, are usually up to $ 50 per carat depending on the effect. 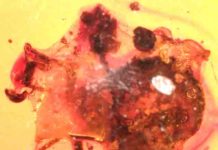 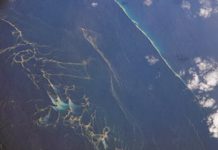 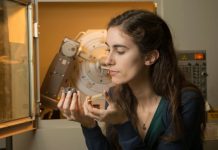 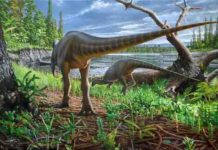