A precious metal is a rare metal chemical element of high economic value that occurs naturally. Chemically, the precious metals tend to be less reactive than most elements. Usually they are ductile and they have a high luster. Precious metals have historically been important as currency, but are now considered primarily as investment and industrial commodities. There is an ISO 4217 currency code for gold, silver, platinum and palladium.

The most known precious metals are the gold and silver coinage metals. Although both have industrial uses, in art, jewelry, and coinage, they are better known for their uses. Other valuable metals include metals from the platinum group: ruthenium, rhodium, palladium, osmium, iridium, and platinum, the most widely traded of which is platinum.

The 15 most Precious Metal in the world

Rhodium is a chemical element with Rh symbol and 45 symbol. It is a transition metal that is rare, silver-white, hard, corrosion-resistant and chemically inert. It’s a noble metal and a platinum group member. It has only one isotope that occurs naturally, ¹⁰³Rh.

Naturally occurring rhodium is usually found in minerals such as bowieite and rhodplumsite as free metal, alloyed with similar metals, and rarely as a chemical compound. It is one of the most rare and valuable valuable metals.

Platinum is a member of the elements platinum group and group 10 of the elements periodic table. It has six isotopes that occur naturally. It is one of Earth’s rarer elements with an average abundance of about 5 μg / kg.

Gold is a chemical element with the symbol Au (from Latin: aurum) and the atomic number 79, making it one of the naturally occurring higher atomic number elements. It is a bright, slightly reddish yellow, dense, soft, malevolent, and ductile metal in its purest form. Chemically, gold is a metal of transition and an element of group 11.

Palladium is a chemical element with an atomic number 46 and a Pd symbol. It is a rare and lustrous silvery-white metal that William Hyde Wollaston discovered in 1803. He named it after the asteroid Pallas, named after the Greek goddess Athena’s epithet, which she had acquired when she slew Pallas. Palladium, platinum, rhodium, ruthenium, iridium and osmium form a group of elements called PGMs. Their chemical properties are similar, but palladium has the lowest melting point and is the least dense of them.

Recommended For You  Clay mineral waters Earth's mantle from the inside

Iridium is a chemical element with Ir symbol and 77 symbol. Iridium is the second-densest metal (after osmium) with a density of 22.56 g / cm3 as defined by experimental X-ray crystallography, a very hard, brittle, silvery-white transition metal of the platinum group.

Osmium is a chemical element with Os symbol and 76 atomic number. In the platinum group, it is a hard, brittle, bluish-white transition metal found in alloys, mostly in platinum ores, as a trace element. Osmium is the most dense natural element with an experimentally measured density of 22,59 g / cm3 (usingx-ray crystallography).

Manufacturers use their alloys to make fountain pen nib tipping, electrical contacts, and other applications that require extreme durability and hardness with platinum, iridium, and other platinum-group metals. The abundance of the element in the crust of the Earth is among the rarest.

Rhenium is a chemical element with an atomic number 75 and a symbol Re. In group 7 of the periodic table, it is a silvery-gray, heavy, third-row transition metal. Rhenium is one of the rarest elements in the Earth’s crust with an estimated average concentration of 1 part per billion (ppb).

Rhenium has the third highest melting point of any element at 5903 K and the second highest boiling point. Rhenium is chemically similar to manganese and technetium and is mainly obtained as a by-product of molybdenum and copper ores extraction and refinement. Rhenium has a wide range of oxidation states in its compounds ranging from −1 to + 7.

Ruthenium is a chemical element with Ru symbol and 44 symbol. It is a rare transition metal that belongs to the periodic table’s platinum group. Like the platinum group’s other metals, ruthenium is inert to most other chemicals.

Most ruthenium produced is used in electrical contacts and thick film resistors that are wear-resistant. In platinum alloys and as a catalyst for chemistry there is a minor application for ruthenium. A new application of ruthenium for extreme ultraviolet photomasks is like a capping layer.

Ruthenium is generally found in ores in the Ural Mountains and North and South America with the other platinum group metals. Also found in pentlandite extracted from Sudbury, Ontario and pyroxenite deposits in South Africa are small but commercially important quantities.

Germanium is a chemical element with an atomic number 32 and a symbol Ge. It is in the carbon group a lustrous, hard-brittle, grayish-white metalloid, chemically similar to silicon and tin in its group neighbors. Pure germanium is a semiconductor with a silicon-like appearance. Like silicone, germanium naturally reacts with oxygen in nature and forms complexes.

Beryllium is a chemical element symbolizing Be and atomic number 4. It is a relatively rare element in the universe that usually occurs as a spalling product of larger atomic nuclei colliding with cosmic rays. Beryllium is depleted within the cores of stars as it is fused and creates larger elements. It is a divalent element that naturally occurs only in combination with other mineral elements. Significant gemstones containing beryllium are beryl (aquamarine, emerald) and chrysoberyl. It is a steel-gray, strong, lightweight and fragile alkaline earth metal as a free element.

Silver is a chemical element with the symbol Ag and the atomic number 47. A soft, white, lustrous transition metal, it displays the highest electrical conductivity, thermal conductivity and reflectivity of any metal. In the crust of the Earth, the metal is found in the pure, free elemental form (“native silver”), as an alloy of gold and other metals, and in minerals such as argentite and chlorargyrite. Most silver is manufactured as a by-product of refining copper, gold, lead and zinc.

Indium is a chemical component with In symbol and 49 atomic number. Indium is the softest metal not regarded as an alkali metal. It’s a silver-white metal that looks like Tin(Sn). It is a post-transition metal that constitutes 0.21 parts of the Earth’s crust per million.

The melting point of Indium is higher than sodium and gallium, but lower than lithium and tin. Indium is chemically similar to gallium and thallium and, in terms of its properties, is largely intermediate between the two.

Indium was discovered through spectroscopic methods by Ferdinand Reich and Hieronymous Theodor Richter in 1863. They named it in their spectrum for the indigo blue line. The following year, Indium was isolated.

Gallium is a chemical element with the symbol Ga and the atomic number 31. Gallium is slightly blue in its solid state ; however, it becomes silvery white in its liquid state. Gallium is soft enough to be cut with shears, however ; if too much force is applied, Gallium may break conchoidally.

It is in the periodic table in group 13 and thus has similarities with the group’s other metals, aluminum, indium, and thallium. Gallium does not occur in nature as a free element, but in trace amounts in zinc ores and bauxite as gallium(III) compounds.

Tellurium is a chemical element with a symbol Te and an atomic number 52. It is a brittle, mildly toxic, rare, silver-white metalloid. Tellurium is chemically associated with selenium and sulfur, all three of which are chalcogens. It is sometimes found as elemental crystals in a native form.

Tellurium is much more common in the Universe as a whole than on Earth. Its extreme rarity in the Earth’s crust, comparable to that of platinum, is due in part to the formation of a volatile hydride that caused tellurium to be lost as a gas during Earth’s hot nebular formation, and partly to tellurium’s low affinity for oxygen that causes it to bind preferentially to other chalcophiles in dense minerals that sink into the core.

Bismuth is a chemical element with symbol Bi and atomic number 83. It is a pentavalent post-transition metal with chemical properties similar to its lighter arsenic and antimony homologues and one of the pnictogens. Elemental bismuth can occur naturally, although important commercial ores are formed by its sulfide and oxide.

The free element is as dense as lead as 86 percent. When freshly produced, it is a brittle metal with a silvery white color, but oxidation on the surface can give it a pink tinge. Bismuth is the most naturally diamagnetic element, having among metals one of the lowest thermal conductivity values.

Mercury is a chemical element with Hg and 80 symbols. It is commonly referred to as quicksilver and used to be called hydrargyrum. A heavy, silvery d-block element, mercury is the only metallic element that is liquid under standard temperature and pressure conditions ; the only other element that is liquid under these conditions is the bromine of halogen, although metals such as caesium, gallium and rubidium melt just above room temperature. 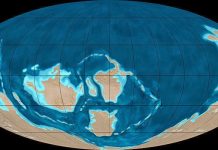 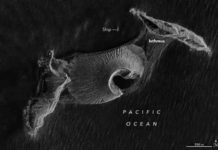 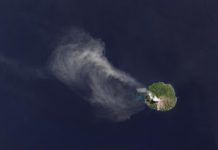 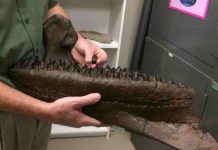