A new high-resolution map of a poorly known section of the northern San Andreas Fault reveals signs of the 1906 San Francisco earthquake, and may hold some clues as to how the fault could rupture in the future, according to a new study published in the Bulletin of the Seismological Society of America.

Samuel Johnson of the U.S. Geological Survey and Jeffrey Beeson of Fugro USA Marine Inc. compiled the map for the 35-kilometer-long section of the fault between Tomales Point and Fort Ross, California. They discovered two large zones, each covering about two square miles, of slope failure on the seafloor offshore of the Russian River, marked by lobes that appear to have formed when the intense shaking of the 1906 earthquake caused sand liquefaction.

The mapping also demonstrates that there are two active strands of the fault within the northern part of Bodega Bay, each of which has moved tens of meters within the past 10,000 years.

“Normally if you were studying a fault zone on land and found a prominent fault strand, you would probably assume that was the strand that has most recently ruptured,” he explained. “Because we found two here, it’s a cautionary tale for earthquake geologists to comprehensively map fault zones. You may only capture part of the earthquake history or slip rate along a fault if you only know about one strand in a multi-strand zone”

The northern offshore areas of the fault have been intensively studied only within the past eight years, said Johnson. While much of the rest of the San Andreas fault has become a natural laboratory for studying earthquakes, “it’s a major geoscience oversight that these northern areas have not been studied before,” said Johnson. “We have been waiting for technology to produce the tools to look at these areas in high resolution.”

The researchers used data drawn from several techniques, including high-resolution seismic reflection profiles and multibeam bathymetry, both of which use multiple directed sound waves to image layers on or below the seafloor. Collection of some of the bathymetry data was funded by the California Ocean Protection Council as part of its work to designate and develop monitoring strategies for Marine Protected Areas, and by the National Oceanic and Atmospheric Administration (NOAA) to improve nautical charts.

The liquefaction lobes, which are similar to the ground failure seen offshore of the Klamath River delta during the magnitude 7.2 Eureka earthquake in northern California in 1980, were one of the surprises uncovered during the mapping, said Johnson.

The researchers were lucky to have caught a glimpse of the lobes before they disappeared, as some of the features are already being smoothed over by sediments deposited after 1906, Johnson said. “If you came back in another 50 to 100 years, you might not see these features because they would be all covered up. You can see their lifespan in the data and images we have now.”

Other insights from the map include a look at how movement along this portion of the fault has affected the onshore landscape, including the uplift of marine terraces and rapid formation of beaches and coastal sand dunes. For instance, the researchers noted that uplift west of the Northern San Andreas Fault has blocked the southward drift of sediment from the Russian River and Salmon Creek, leading to the swiftly growing South Salmon Creek Beach and its background of high coastal sand dunes. 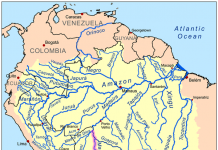 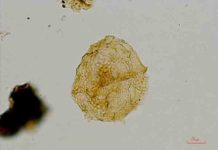 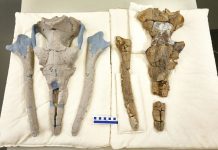 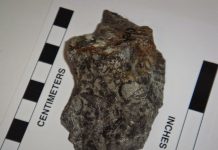