A new look at conditions after a Manhattan-sized asteroid slammed into a region of Mexico in the dinosaur days indicates the event could have triggered a global firestorm that would have burned every twig, bush and tree on Earth and led to the extinction of 80 percent of all Earth’s species, says a new University of Colorado Boulder study.Led by Douglas Robertson of the Cooperative Institute for Research in Environmental Sciences, or CIRES, the team used models that show the collision would have vaporized huge amounts of rock that were then blown high above Earth’s atmosphere. The re-entering ejected material would have heated the upper atmosphere enough to glow red for several hours at roughly 2,700 degrees Fahrenheit — about the temperature of an oven broiler element — killing every living thing not sheltered underground or underwater.

The CU-led team developed an alternate explanation for the fact that there is little charcoal found at the Cretaceous-Paleogene, or K-Pg, boundary some 66 million years ago when the asteroid struck Earth and the cataclysmic fires are believed to have occurred. The CU researchers found that similar studies had corrected their data for changing sedimentation rates. When the charcoal data were corrected for the same changing sedimentation rates they show an excess of charcoal, not a deficiency, Robertson said.

“Our data show the conditions back then are consistent with widespread fires across the planet,” said Robertson, a research scientist at CIRES, which is a joint institute of CU-Boulder and the National Oceanic and Atmospheric Administration. “Those conditions resulted in 100 percent extinction rates for about 80 percent of all life on Earth.”

A paper on the subject was published online this week in the Journal of Geophysical Research-Biogeosciences, a publication of the American Geophysical Union. Co-authors on the study include CIRES Interim Director William Lewis, CU Professor Brian Toon of the atmospheric and oceanic sciences department and the Laboratory for Atmospheric and Space Physics and Peter Sheehan of the Milwaukee Public Museum in Wisconsin.

Geological evidence indicates the asteroid collided with Earth about 66 million years ago and carved the Chicxulub crater in Mexico’s Yucatan Peninsula that is more than 110 miles in diameter. In 2010, experts from 33 institutions worldwide issued a report that concluded the impact at Chicxulub triggered mass extinctions, including dinosaurs, at the K-Pg boundary.

The conditions leading to the global firestorm were set up by the vaporization of rock following the impact, which condensed into sand-grain-sized spheres as they rose above the atmosphere. As the ejected material re-entered Earth’s atmosphere, it dumped enough heat in the upper atmosphere to trigger an infrared “heat pulse” so hot it caused the sky to glow red for several hours, even though part of the radiation was blocked from Earth by the falling material, he said.

But there was enough infrared radiation from the upper atmosphere that reached Earth’s surface to create searing conditions that likely ignited tinder, including dead leaves and pine needles. If a person was on Earth back then, it would have been like sitting in a broiler oven for two or three hours, said Robertson.

The amount of energy created by the infrared radiation the day of the asteroid-Earth collision is mind-boggling, said Robertson. “It’s likely that the total amount of infrared heat was equal to a 1 megaton bomb exploding every four miles over the entire Earth.”

A 1-megaton hydrogen bomb has about the same explosive power as 80 Hiroshima-type nuclear bombs, he said. The asteroid-Earth collision is thought to have generated about 100 million megatons of energy, said Robertson.

Some researchers have suggested that a layer of soot found at the K-Pg boundary layer roughly 66 million years ago was created by the impact itself. But Robertson and his colleagues calculated that the amount of soot was too high to have been created during the massive impact event and was consistent with the amount that would be expected from global fires.

Note: The above story is reprinted from materials provided by University of Colorado at Boulder. 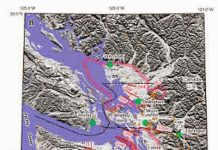 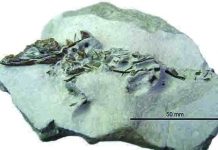 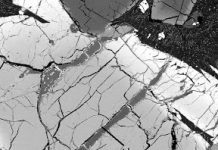 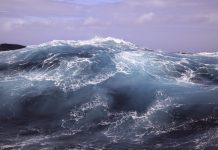