Research Reveals New Information On the Evolution of Dinosaur SensesDec. 19, 2012 — An international team of scientists, including PhD student Stephan Lautenschlager and Dr Emily Rayfield of the University of Bristol, found that the senses of smell, hearing and balance were well developed in therizinosaurs and might have affected or benefited from an enlarged forebrain. These findings came as a surprise to the researchers as exceptional sensory abilities would be expected from predatory and not necessarily from plant-eating animals.

Therizinosaurs are an unusual group of theropod dinosaurs which lived between 145 and 66 million years ago. Members of this group had evolved into up to 7m (23ft) large animals, with more than 50cm (20in) long, razor-sharp claws on their forelimbs, elongated necks and a coat of primitive, down-like feathers along their bodies. Although closely related to carnivorous dinosaurs such as Tyrannosaurus rex and Velociraptor, and in spite of their bizarre appearance, therizinosaurs were probably peaceful herbivores.

Inspired by this paradox, the international team of palaeontologists decided to take the first close look inside the heads of these enigmatic dinosaurs.

They studied the brain and inner ear anatomy of therizinosaurs using high-resolution CT scanning and 3D computer visualisation to find out more about their sensory and cognitive capabilities and how these had evolved with the transition from meat- to plant-eating.

The focus of the study was the skull of Erlikosaurus andrewsi — a 3-4m (10-13ft) therizinosaur, which lived more than 90 million years ago in what is now Mongolia.

Lead author, Stephan Lautenschlager of Bristol’s School of Earth Sciences said: “Our results suggest that therizinosaurs would have used their well-developed sensory repertoire to their advantage which, for herbivorous animals, must have played an important role in foraging, in the evasion of predators or in social complexity.

“This study sheds a new light on the evolution of dinosaur senses and shows it is more complex than we thought.”

Co-author, Professor Lindsay Zanno of the North Carolina Museum of Natural History and the North Carolina State University agrees: “Once you’ve evolved a good sensory toolkit, it’s probably worth hanging on to, whether you’re hunting or being hunted.”

Fellow author Lawrence Witmer, Chang Professor of Paleontology at the Ohio University Heritage College of Osteopathic Medicine said: “Of course the actual brain tissue is long gone from the fossil skulls but we can use CT scanning to visualize the cavity that the brain once occupied and then generate 3D computer renderings of the olfactory bulbs and other brain parts.”

This study has important ramifications for our understanding of how sensory function evolved in different dinosaur groups and whether it was developed as a response to their environment or simply inherited by their ancestors. In particular, in the light of the transition from dinosaurs to birds, these results should prove to be very interesting.

Note: The above story is reprinted from materials provided by University of Bristol. 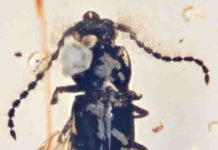 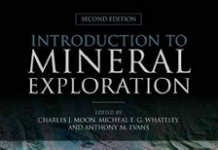