World-first research into a rare family of insects will help scientists understand how the common bush-crickets we are familiar with today developed their highly specialised acoustic functions.

Findings of the new study by sensory and evolutionary biologists at the University of Lincoln, UK, in collaboration with teams in Canada and France, have been published in the Journal of Experimental Biology.

Funded by the Leverhulme Trust, the new multidisciplinary research sheds light on the very early evolutionary stages of the sound generating organs in ‘orthopterans’ (bush-crickets and their related species) — the largest group of acoustically active insects on the planet.

The study takes a detailed look at a small and rare group of orthopterans, called ‘grigs’, which are the sole remaining living family of an ancient super-family of crickets called ‘haglids’. Until now, most of our scientific knowledge about haglids has been derived from fossilised remains, which are known to date back to the Jurassic period at least.

This new research reveals that grigs, and the way they create sounds using their wings, are of major importance in helping us to understand the early evolutionary stages in the centuries-old lineages of modern field and bush-crickets.

Dr Fernando Montealegre-Z, a Leverhulme grant holder and leading entomologist from the University of Lincoln’s School of Life Sciences, explained: “There are less than 10 species of grigs alive today, nearly 100 species extinct, so our research into these rare animals is very significant as it tells us a great deal about how orthopterans have evolved.

“Our work focuses on the relationship between form and function in the sound-generating organs of the different cricket groups. Both common field crickets and bush-crickets are categorised by the males of the groups producing female-attracting calls by rubbing together specialised regions of their forewings.

“Such sound generation is made possible by specially evolved forewing morphologies. By contrast, the forewings of grigs lack most of the specialised features seen in their relatives. In other words, they are more reminiscent of the forms we see in the fossilised remains of now extinct species.”

Previous studies have concluded that grigs are more closely related to bush-crickets than to common field crickets. However, grigs and common crickets both use two symmetrical forewings for creating sound, while bush-crickets have a strong asymmetry between their forewings and use different wing areas for sound production.

By using state-of-the-art laser measurement techniques, the research team found that the sound-producing areas on the wings of grigs are in fact the same as in bush-crickets.

Benedict Chivers, a PhD student funded by the Leverhulme grant at the University of Lincoln, said: “Our findings suggest that the sound generators in grigs represent an early evolutionary stage in the bush-cricket lineage. Grigs are therefore highly important for our investigations into the early evolutionary stages of a tremendous group diversity.

“We identified vibrating areas on seemingly unspecialised wings and found that these can function as highly tuned resonators — this is particularly interesting because there are multiple examples of similarly ‘unspecialised’ wings within the fossil record, and until now our understanding of how these worked was relatively poor.

“We now believe that both the morphology and function of grigs’ wings represent a transitional stage between the unspecialised wings of their fossilised ancestors, and the adapted form of modern bush-crickets.

“Thanks to this new research, scientific efforts to discover the vibrational and sound-producing properties of fossilised wings will be significantly improved, so that we can better understand the acoustic world in which now extinct species once lived.”

The researchers also found that there is a ‘mirror area’ on the wings of grigs which is shared by both bush-crickets and field crickets. They believe this finding points to a single ancestral pattern, from which the field and bush-cricket lineages went on to diverge. Following this initial study, more work can now be done to examine the early stages of species development. 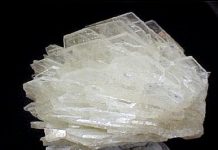 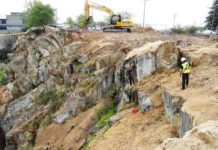 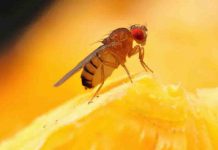 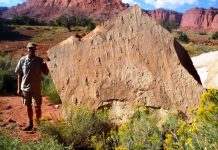