Paleontologists of Ludwig-Maximilians-Universitaet (LMU) in Munich are currently studying a new specimen of Archaeopteryx, which reveals previously unknown features of the plumage. The initial findings shed light on the original function of feathers and their recruitment for flight.
A century and a half after its discovery and a mere 150 million years or so since it took to the air, Archaeopteryx still has surprises in store: The eleventh specimen of the iconic “basal bird” so far discovered turns out to have the best preserved plumage of all, permitting detailed comparisons to be made with other feathered dinosaurs. The fossil is being subjected to a thorough examination by a team led by Dr. Oliver Rauhut, a paleontologist in the Department of Earth and Environmental Sciences at LMU Munich, who is also affiliated with the Bavarian State Collection for Paleontology and Geology in Munich. The first results of their analysis of the plumage are reported in the latest issue of Nature. The new data make a significant contribution to the ongoing debate over the evolution of feathers and its relationship to avian flight. They also imply that the links between feather development and the origin of flight are probably much more complex than has been assumed up to now.

“For the first time, it has become possible to examine the detailed structure of the feathers on the body, the tail and, above all, on the legs,” says Oliver Rauhut. In the case of this new specimen, the feathers are, for the most part, preserved as impressions in the rock matrix. “Comparisons with other feathered predatory dinosaurs indicate that the plumage in the different regions of the body varied widely between these species. That suggests that primordial feathers did not evolve in connection with flight-related roles, but originated in other functional contexts,” says Dr. Christian Foth of LMU and the Bavarian State Collection for Paleontology and Geology in Munich, first author on the new paper.

To keep warm and to catch the eye

Predatory dinosaurs (theropods) with body plumage are now known to predate Archaeopteryx, and their feathers probably provided thermal insulation. Advanced species of predatory dinosaurs and primitive birds with feathered forelimbs may have used them as balance organs when running, like ostriches do today. Moreover, feathers could have served useful functions in brooding, camouflage and display. Indeed, the feathers on the tail, wings and hind-limbs most probably fulfilled functions in display, although it is very likely that Archaeopteryx was also capable of flight. “Interestingly, the lateral feathers in the tail of Archaeopteryx had an aerodynamic form, and most probably played an important role in its aerial abilities,” says Foth.

On the basis of their investigation of the plumage of the new fossil, the researchers have been able to clarify the taxonomical relationship between Archaeopteryx and other species of feathered dinosaur. Here, the diversity in form and distribution of the feather tracts is particularly striking. For instance, among dinosaurs that had feathers on their legs, many had long feathers extending to the toes, while others had shorter down-like plumage. “If feathers had evolved originally for flight, functional constraints should have restricted their range of variation. And in primitive birds we do see less variation in wing feathers than in those on the hind-limbs or the tail,” explains Foth.

These observations imply that feathers acquired their aerodynamic functions secondarily: Once feathers had been invented, they could be co-opted for flight. “It is even possible that the ability to fly evolved more than once within the theropods,” says Rauhut. “Since the feathers were already present, different groups of predatory dinosaurs and their descendants, the birds, could have exploited these structures in different ways.” The new results also contradict the theory that powered avian flight evolved from earlier four-winged species that were able to glide.

Archaeopteryx represents a transitional form between reptiles and birds and is the best-known, and possibly the earliest, bird fossil. It proves that modern birds are directly descended from predatory dinosaurs, and are themselves essentially modern-day dinosaurs. The many new fossil species of feathered dinosaurs discovered in China in recent years have made it possible to place Archaeopteryx within a larger evolutionary context. However, when feathers first appeared and how often flight evolved are matters that are still under debate.

The eleventh known specimen of Archaeopteryx is still in private hands. Like all other examples of the genus, it was found in the Altmühl valley in Bavaria, which in Late Jurassic times lay in the northern tropics, and at the bottom of a shallow sea, as all Archaeopteryx fossils found so far have been recovered from limestone deposits.

Note : The above story is based on materials provided by Ludwig-Maximilians-Universitaet Muenchen (LMU). 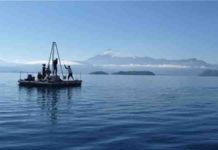 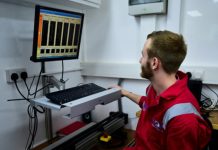 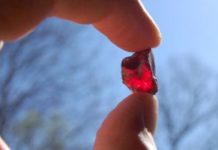 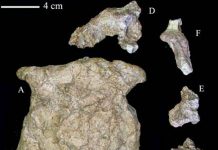