An international team of researchers discovered that inorganic chemicals can self-organize into complex structures that mimic primitive life on Earth.

This complicates the identification of Earth’s earliest microfossils and redefines the search for life on other planets and moons.

“Inorganic microstructures can potentially be indistinguishable from ancient traces of life both in morphology and chemical composition,” Garcia-Ruiz said.

Scientists had seen hints of this in past lab work, but now through Steinbock and Garcia-Ruiz’s research, it is clear that this also happened in nature.

To do this work, the team of scientists collected and analyzed an extreme form of soda water from the Ney Springs in Northern California. Today this type of water is found in only a few spots worldwide, but it was widespread during the early stages of Earth’s existence.

By addition of just one other ubiquitous chemical—calcium or barium salt—this water produces tiny structures, such as tubes, helices, and worm-like objects that are reminiscent of the shapes of primitive organisms. The water also generates complex mineral structures that are similar to nacre—the shiny substance of sea shells.

The similarities between actual fossils and these inorganic structures go beyond appearance and extend to their chemical nature. This will make it even more complicated for scientists examining early evidence of life on Earth.

“Our findings reveal an unusual convergence of simple biological shapes and complex inorganic structures and make the job of identifying earliest microfossils on Earth and life on other planets even harder,” Steinbock said. “It’s fascinating. How could I identify a fossil if I went to Mars? How could I convince myself that it was once alive? In the future, scientists will need to be even more alert that everything that looks like life is not necessarily life.” 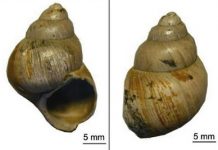 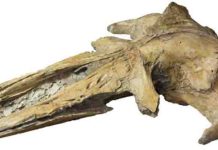 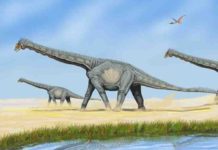