The last Bruce Springsteen’s concert in Barcelona was held on May 14, 2016 at the Fc Barcelona Stadium. For more than 3 hours, 65,000 spectators who fulfilled the Camp Nou stadium danced to the sound of the songs performed by “The Boss”. A seismometer installed at the basement of the Institute of Earth Sciences Jaume Almera of the CSIC (ICTJA-CSIC), located just 500 meters from the stadium, recorded the vibrations of the ground caused by coordinated jumping of the audience while dancing Springsteen’s songs. This is one of the cases analyzed by a team of researchers from the ICTJA-CSIC in a study on urban seismology that has been published in the journal Scientific Reports.

In the paper, researchers haves identified the source of some of the signals recorded in recent years by a seismic station installed in the ICTJA building. The authors have verified that the seismometer has been able to detect the earth shacking generated by phenomena linked to human activity such as the subway activity, traffic, the celebration of goals during certain football matches, concerts and even fireworks launched from the vicinity of the Institute.

“Current seismometers are very sensitive devices, and they are able to register all kind of signals. Within the city, human activity produces a large number of detectable vibrations and earth shakings. If we treat and analyze the recorded seismic signal we’re able to stablish the source which originated it”, explains the researcher of the ICTJA-CSIC and first author of the study Jordi Díaz that remembers that these vibrations “are imperceptible for humans”.

Díaz remembers that the seismometer was installed in the building with an scientific dissemination purpose. “Over the years we have seen that the station registered curious and weird seismic signals. This led us to ask ourselves about their causes “says the ICTJA-CSIC researcher.

The paper shows how the seismometer installed in the ICTJA-CSIC building is able to detect the traffic activity in the nearby Diagonal Avenue, one of the main Barcelona’s traffic entrance. Diaz says that “the signal shows the evolution of traffic throughout the week and between daytime and nighttime. We can see that the peaks occur mainly in rush hours. The signal shows the decrease of the traffic activity during the nighttime and in weekends”.

According to the article, the seismometer can also record the vibrations induced by tube trains along a subway line running beneath Diagonal Avenue (L3). “The Institute is located at a distance about 150 meters from the “Palau Reial” subway station so we can detect the individual passage of each train,” says Jordi Díaz. The authors were able to observe in the recorded signal “the variations in the frequency of the tube trains circulation throughout the day and during the entire week. We could see how the intervals between the peaks of maximum intensity of the seismic signal increase during night and in the weekends “.

The celebrations of the goals during soccer matches held in the Camp Nou can also be registered by the seismic station installed at ICTJA-CSIC. In the paper, the authors have also analyzed the signal generated by the reaction of the public to each of the three goals scored by FC Barcelona in the last 15 minutes of the first leg Champions League semifinals game against Bayern Munich in May 2015.

Díaz considers that the seismic signal recorded during the Bruce Springsteen performance is “one of the most interesting, since it contains a lot of information. The recorded data of earth vibrations also allows us to identify the different songs of the playlist because when the rhythm and intensity of the music change, the way the audience dance also changes “.

According to Diaz, this study evidences that “seismometers can be used as an easy-to-use complementary monitoring tool for certain processes related with the urban environment, such as road traffic or subway activity”.

The researcher considers that it has been ”interesting to see the difference between the vibrations generated by those celebrating a goal in the Camp Nou Stadium from those generated by a crowd dancing during a concert in the same sceneario. This analysis could provide, for example, interesting information to engineers on building’s behaviour “. 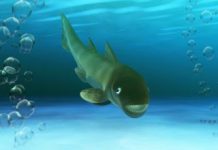 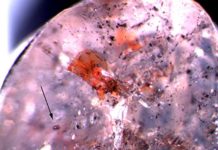 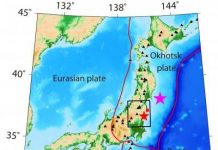 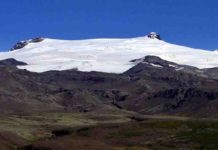