An international team of researchers has managed to pinpoint, to within three months, a medieval volcanic eruption in east Asia the precise date of which has puzzled historians for decades. They have also shown that the so-called “Millennium eruption” of Changbaishan volcano, one of the largest in history, cannot have brought about the downfall of an important 10th century kingdom, as was previously thought.

Writing in the journal Quaternary Science Reviews the team describes how new analysis of the partly fossilised remains of a tree killed by the eruption, and ice cores drilled in Greenland, lead them to conclude the eruption occurred in the final months of 946 AD.

The volcano, also known as Mount Paektu, is located on the border between China and North Korea. The team of researchers, led by Dr. Clive Oppenheimer from the University of Cambridge’s Department of Geography, set out to establish an accurate date for the event by making new radiocarbon measurements on a fossilised larch trunk recovered from the Chinese side of the volcano. The tree was 264 years old when it was killed and buried by a flow of larva, hot ashand pumice.

Armed with new information, the modern-day time detectives set about ascertaining when this could have happened. They reckoned the tree would have been standing in 775, a year that was marked by a burst of cosmic rays reaching the Earth. Evidence of this event, in the shape of radiocarbon, was found in one of the tree’s rings and by counting to the outer ring, the team was able to work out when the tree must have perished. Further analysis indicates it had stopped its seasonal growth suggesting Autumn or Winter as the likely time of its demise.

By cross-referencing with ash deposits found in ice cores drilled in northern Greenland, the team could narrow down the calculation to the last 2 or 3 months of 946 AD.

“The Millennium eruption has fascinated scientists and historians for decades because of its size, potential worldwide impacts, and the mystery surrounding when it actually happened. Lacking a clear historical record of the event, there have been dozens of attempts to date the eruption using conventional tree ring techniques. We got lucky thanks to the burst of cosmic radiation that bathed the Earth in the year 775. It was only recently recognised that this left a worldwide signature in trees alive at the time. Now we have a secure date for the eruption at last, we can be more confident in investigating the effects it has on the climate, environment and society.”

Previous attempts to date the eruption had led historians to scan medieval texts for clues. Some argued the event led to the collapse of the Bohai kingdom (698-925 AD), however the findings now prove this predated the eruption. The kingdom spanned a vast area of what was then eastern Manchuria and northern Korea. The new date focuses attention instead on a chronicle from a temple in Japan that reports “white ash falling like snow” on the 3rd November 946 AD. This site is not near any of Japan’s active volcanoes, and is close to where ash from the Millennium eruption has recently been identified in lake sediments. It may well pinpoint the actual date of the eruption since it would only have taken the ash clouds a day or so to reach Japan.

Changbaishan is a site revered by the Koreans. It is steeped in folklore and Koreans see it as their spiritual and ancestral home. Its eruption in 946 was one of the most violent of the last two thousand years and is thought to have discharged around 100 cubic kilometres of ash and pumice into the atmosphere – enough to bury the entire UK knee deep. 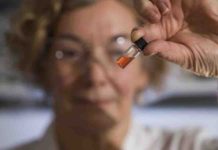 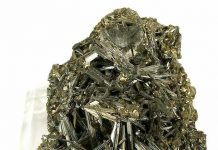 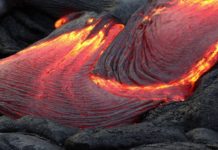