Scientists describe a new, ~160 million year-old ceratopsian dinosaur with “ornamental” texture on the skull from the Late Jurassic period in China, according to a study published December 9, 2015 in the open-access journal PLOS ONE by Fenglu Han from the China University of Geosciences and colleagues.

Ceratopsia is one of the best studied herbivorous dinosaur clades, but scientists still don’t agree on the early evolution of Ceratopsia. The authors of this study report on the second ceratopsian found in an Upper Jurassic formation in northwestern China, from ~160 million years ago, both of which are the oldest ceratopsians known. The authors characterize this new taxon by the ornamental texture on nearly all parts of the skull, among other characteristics, and named it Hualianceratops wucaiwanensis. “Hualian” means ornamental face. Unfortunately, the skull was found with a partial skeleton in poor condition, and little information about the body could be collected.

Additionally, the authors studied the relationship between Hualianceratops wucaiwanensis and other ceratopsians through phylogenetic analysis. Based on the results, they suggest that at least five ceratopsian lineages, may have been present at the beginning of the Late Jurassic. 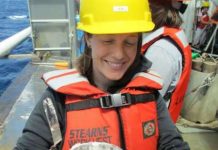 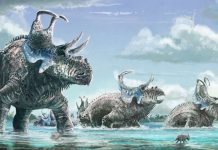 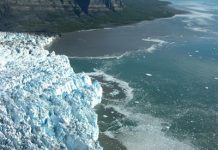