It is only recently that scientists learned of the existence of glacial earthquakes–measurable seismic rumblings produced as massive chunks fall off the fronts of advancing glaciers into the ocean. In Greenland, these quakes have grown sevenfold over the last two decades and they are advancing northward, suggesting that ice loss is increasing as climate warms. But exactly what drives the quakes has been poorly understood. Now, a new study elucidating the quakes’ mechanics may give scientists a way to measure ice loss remotely, and thus refine predictions of future sea-level rise. The study appears this week in the early online edition of the leading journal Science.

It shows that as the glacier front falls off into the water, or calves, there is a kickback. The rest of the glacier moves rapidly downward and backward–something like a skateboard that slips out from under a rider’s feet and goes backward as the rider falls forward. This is what produces the quake, say the researchers. The force of that kickback can be so great, it can reverse the glacier’s flow for a few minutes, from the equivalent of about 95 feet per day forward to about 130 feet per day backward. Earlier studies have shown that glaciers often speed up after calving, but did not show the more immediate backward motion that apparently produces the quakes.

“This gives us a far better explanation for the source of the earthquakes than we had before,” said Meredith Nettles, a seismologist at Columbia University’s Lamont-Doherty Earth Observatory and a coauthor of the study. “It will move us a long way towards being able to use remotely detectable seismic signals to estimate mass loss from a major class of events in both Greenland and Antarctica.”

The Greenland ice sheet has been shrinking in recent years, and nearly half the sheet’s annual mass loss is thought to occur through calving. The sheet is believed to be an important contributor to sea level.

The researchers studied Helheim Glacier, one of the largest in southeast Greenland. At some 4 miles wide and more than 100 miles long, it sheds icebergs that can be the size of small cities.

During the summer of 2013, Nettles’ colleagues from the United Kingdom’s Swansea, Newcastle and Sheffield universities installed a network of Global Positioning System (GPS) devices on the rough surface of the Helheim to measure the extent and velocity of any movements. Working with collaborators from U.S. universities, they used seismic data to tie the quakes to the kickbacks observed when glaciers calved. Water-tank experiments on scale models of glaciers bolstered the evidence.

“We were really surprised to see the glacier flowing backwards in our GPS data,” said lead author Tavi Murray of Swansea University. “The motion happens every time a large iceberg is calved and a glacial earthquake is produced.”

Glacial earthquakes in Greenland have increased from only 6 detected in 1993 to 42 in 2013. Understanding how they work is a crucial step toward measuring glaciers’ contributions to sea-level change, said the researchers. It could eventually provide global near-real time estimates of iceberg loss from ice sheets, they said. 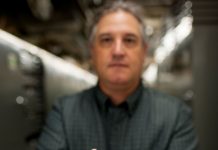 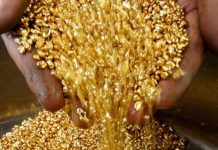 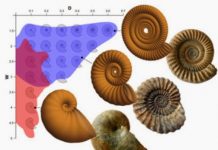