When the western part of the super-continent Gondwana broke up around 130 Million years ago, today’s Africa and South-America started to separate and the South Atlantic was born. It is commonly assumed that enormous masses of magma ascended from the deep mantle up to higher levels, and that this hot mantle plume (the Tristan mantle plume) weakened the continental lithosphere, eventually causing the break-up of the continental plate of Gondwana.

A group of German scientists are now questioning this theory. On the basis of seismic measurements published in the current issue of the journal “Geology”, scientists from Potsdam (GFZ German Research Centre for Geosciences), Bremerhaven (Alfred-Wegener-Institute, AWI) and Kiel (GEOMAR) show that impacts of the mantle plume on the continental crust are actually surprisingly small. This is by no means in agreement with a large plume playing an important role in the break-up process. Accordingly, a dominant or controlling role of a mantle plume for the break-up of the continent is thus questionable.

Hot ascending mantle plumes in the Earth’s mantle are an important driving force in plate tectonics. With an assumed diameter of the plume heads of up to several thousand kilometers, the amount of hot material ascending from the core mantle boundary at 2900 km depth is sufficient to migrate through the continental lithosphere. This process leads to the eruption of large volcanic material (flood basalts) at the Earth’s surface. This is also the case for Southern Africa and South America: the Parana/Etendeka/ flood basalt provinces are the direct consequences of the Gondwana break-up starting some 130 million years ago. Traces of the break-up process can be found on the newly formed ocean floor: the Walvis Ridge off the coast of Northern Namibia images the track of the mantle plume.

Recommended For You  Viscous cycle: Quartz is key to plate tectonics

In order to study these processes, German scientists investigated structures which are related to the break-up process of Gondwana in the South Atlantic. The upwelling of large amounts of hot mantle material produces regions of crustal and mantle rocks with different seismic velocities (with respect to the surrounding, unaffected regions). In cooperation with colleagues from AWI and GEOMAR, and with the support of the Geological Survey of Namibia, scientists from GFZ have carried out extensive seismic investigations on and offshore Northern Namibia. The crustal structure was investigated along several seismic lines. “For the first time we could obtain images of the deeper crustal structure in the region where the Walvis Ridge joins the African continent, in order to study the impact of a mantle plume” explains Trond Ryberg from GFZ. “Our seismic investigations found a distinctive high-velocity anomaly in the lower crust between 20 and 40 km depth.” This region of anomalously high seismic velocities can be related to the intrusion of magmatic material in the lower crust of the Earth. This was expected according to the current perception. But surprisingly, the size of the anomaly was far too small to be created by a large plume head playing an active role in the break-up process. Trond Ryberg: “The crustal structure in the investigated region reflects the general process of continental break-up rather than the immediate impact of the plume head on the lithosphere. In addition, we were able to reconstruct the direction of the mantle plume flow”. It seems that the break-up of Gondwana in the South Atlantic and, in general, the role of mantle plumes during the continental break-up needs to be carefully re-evaluated.

Recommended For You  Sampling the deep graveyard of Earth's earliest crust

Note: The above post is reprinted from materials provided by Helmholtz Centre. 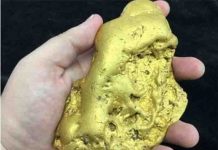 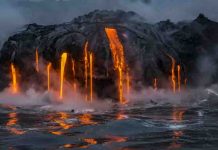 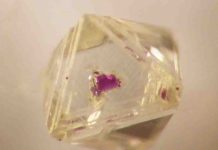