Global warming five million years ago may have caused parts of Antarctica’s large ice sheets to melt and sea levels to rise by approximately 20 metres, scientists report today in the journal Nature Geoscience.

The researchers, from Imperial College London, and their academic partners studied mud samples to learn about ancient melting of the East Antarctic ice sheet. They discovered that melting took place repeatedly between five and three million years ago, during a geological period called Pliocene Epoch, which may have caused sea levels to rise approximately ten metres.

Scientists have previously known that the ice sheets of West Antarctica and Greenland partially melted around the same time. The team say that this may have caused sea levels to rise by a total of 20 metres.

The academics say understanding this glacial melting during the Pliocene Epoch may give us insights into how sea levels could rise as a consequence of current global warming. This is because the Pliocene Epoch had carbon dioxide concentrations similar to now and global temperatures comparable to those predicted for the end of this century.

Dr Tina Van De Flierdt, co-author from the Department of Earth Science and Engineering at Imperial College London, says: “The Pliocene Epoch had temperatures that were two or three degrees higher than today and similar atmospheric carbon dioxide levels to today. Our study underlines that these conditions have led to a large loss of ice and significant rises in global sea level in the past. Scientists predict that global temperatures of a similar level may be reached by the end of this century, so it is very important for us to understand what the possible consequences might be.”

The East Antarctic ice sheet is the largest ice mass on Earth, roughly the size of Australia. The ice sheet has fluctuated in size since its formation 34 million years ago, but scientists have previously assumed that it had stabilised around 14 million years ago.

The team in today’s study were able to determine that the ice sheet had partially melted during this “stable” period by analysing the chemical content of mud in sediments. These were drilled from depths of more than three kilometres below sea level off the coast of Antarctica.

Analysing the mud revealed a chemical fingerprint that enabled the team to trace where it came from on the continent. They discovered that the mud originated from rocks that are currently hidden under the ice sheet. The only way that significant amounts of this mud could have been deposited as sediment in the sea would be if the ice sheet had retreated inland and eroded these rocks, say the team.

The academics suggest that the melting of the ice sheet may have been caused in part by the fact that some of it rests in basins below sea level. This puts the ice in direct contact with seawater and when the ocean warms, as it did during the Pliocene, the ice sheet becomes vulnerable to melting.

Recommended For You  Antarctic ice sheet is result of carbon dioxide decrease, not continental breakup

The next step will see the team analysing sediment samples to determine how quickly the East Antarctic ice sheet melted during the Pliocene. This information could be useful in the future for predicting how quickly the ice sheet could melt as a result of global warming.

Note : The above story is based on materials provided by Imperial College London. The original article was written by Colin Smith. 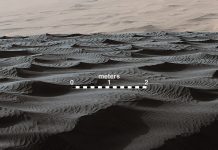 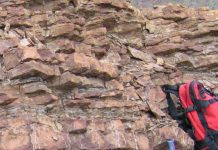 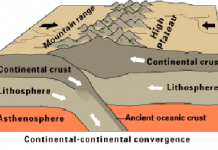 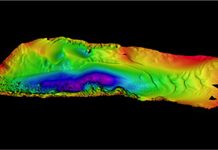