The massive eruption of Mt. St. Helens 35 years ago is one of the largest ever seen in North America. LMU volcanologists now report a retrospective analysis of salts leached from the ash deposited by the volcano on that occasion.

As a consequence of the 1980 eruption of Mt. St. Helens, in the state of Washington, USA, a large area of the Pacific Northwest was covered in volcanic ash. Volcanologists of the LMU group of Professor Donald Dingwell have now carried out a comprehensive review of data reported in several studies of the salt content on this ash. The results, which appear in the “Bulletin of Volcanology” reveal that the range of salt concentrations is more complex than hitherto assumed.

Due to interactions between the ash and the gases released during the eruption, salt crystals formed on the surfaces of the ash particles in the plume. In order to assess the impact of these salts on vegetation and groundwater, the amounts and composition of the salts must be determined. Direct measurements on the salts themselves are difficult but, since the salts are water-soluble, they can be leached from the ash and analyzed in solution. “Several published studies have described the spatial and temporal variability of the salt composition of volcanic deposits around Mt. St. Helens and proposed mechanisms for the interactions between gas and ash in the plume that can account for it,” says Dr. Paul Ayris, first author on the new paper. “The 1980 blast at Mt. St. Helens is the best characterized volcanic eruption in history. Studies of this eruption have laid the foundation for our current understanding of the chemical reactions that occurred in the plume. But now, 35 years later, we wanted to view the eruption from our modern perspective.”

Many of the studies devoted to these salts were based on relatively modest datasets and, as the new study highlights, could not capture the range of natural variability and the full complexity of the ash deposited over a wide region. The authors of the new study have therefore collated data from many studies and reanalyzed them, with a view to characterize the spatial distribution and relative abundances of sulphate and chloride salts in the ash deposits around the volcano. The findings reveal that the spatial distribution of salts is considerably more complex than previously thought. “This more detailed picture of the variation in the salts found in these deposits is compatible with the known chemical and physical properties of the ash deposits, and helps us validate our present understanding of the plume,” says Ayris. “The study therefore represents a significant contribution, and provides a basis for the development of theoretical models that enable us to forecast the impact of ash falls on the environment more accurately, on the scale of forests, farmland or gardens.” 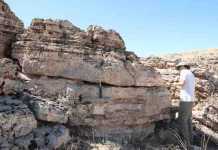 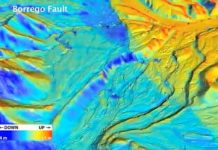 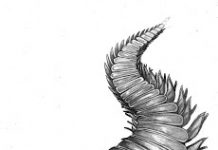 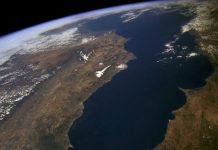