Time ravages mountains, as it does people. Sharp features soften, and bodies grow shorter and rounder. But under the right conditions, some mountains refuse to age. In a new study, scientists explain why the ice-covered Gamburtsev Mountains in the middle of Antarctica looks as young as they do.

The Gamburtsevs were discovered in the 1950s, but remained unexplored until scientists flew ice-penetrating instruments over the mountains 60 years later. As this ancient hidden landscape came into focus, scientists were stunned to see the saw-toothed and towering crags of much younger mountains. Though the Gamburtsevs are contemporaries of the largely worn-down Appalachians, they looked more like the Rockies, which are nearly 200 million years younger.

More surprising still, the scientists discovered a vast network of lakes and rivers at the mountains’ base. Though water usually speeds erosion, here it seems to have kept erosion at bay. The reason, researchers now say, has to do with the thick ice that has entombed the Gamburtsevs since Antarctica went into a deep freeze 35 million years ago.

“The ice sheet acts like an anti-aging cream,” said the study’s lead author, Timothy Creyts, a geophysicist at Columbia University’s Lamont-Doherty Earth Observatory. “It triggers a series of thermodynamic processes that have almost perfectly preserved the Gamburtsevs since ice began spreading across the continent.”

The study, which appears in the latest issue of the journal Geophysical Research Letters, explains how the blanket of ice covering the Gamburtsevs has preserved its rugged ridgelines.

Snow falling at the surface of the ice sheet draws colder temperatures down, closer to protruding peaks in a process called divergent cooling. At the same time, heat radiating from bedrock beneath the ice sheet melts ice in the deep valleys to form rivers and lakes. As rivers course along the base of the ice sheet, high pressures from the overlying ice sheet push water up valleys in reverse. This uphill flow refreezes as it meets colder temperature from above. Thus, ridgelines are cryogenically preserved.

The oldest rocks in the Gamburtsevs formed more than a billion years ago, in the collision of several continents. Though these prototype mountains eroded away, a lingering crustal root became reactivated when the supercontinent Gondwana ripped apart, starting about 200 millionyears ago. Tectonic forces pushed the land up again to form the modern Gamburtsevs, which range across an area the size of the Alps. Erosion again chewed away at the mountains until earth entered a cooling phase 35 million years ago. Expanding outward from the Gamburtsevs, a growing layer of ice joined several other nucleation points to cover the entire continent in ice.

The researchers say that the mechanism that stalled aging of the Gamburtsevs at higher elevations may explain why some ridgelines in the Torngat Mountains on Canada’s Labrador Peninsula and the Scandinavian Mountains running through Norway, Sweden and Finland appear strikingly untouched. Massive ice sheets covered both landscapes during the last ice age, which peaked about 20,000 years ago, but many high-altitude features bear little trace of this event.

“The authors identify a mechanism whereby larger parts of mountains ranges in glaciated regions–not just Antarctica — could be spared from erosion,” said Stewart Jamieson, a glaciologist at Durham University who was not involved in the study. “This is important because these uplands are nucleation centers for ice sheets. If they were to gradually erode during glacial cycles, they would become less effective as nucleation points during later ice ages.”

Ice sheet behavior, then, may influence climate change in ways that scientists and computer models have yet to appreciate. As study coauthor Fausto Ferraccioli, head of the British Antarctic Survey’s airborne geophysics group, put it: “If these mountains in interior East Antarctica had been more significantly eroded then the ice sheet itself may have had a different history.” 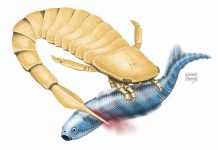 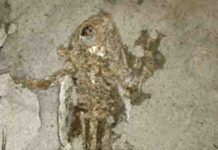 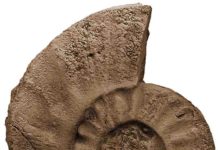