The Bardarbunga volcano has shown heightening activity since mid-August, causing thousands of local earthquakes, spewing lava and threatening air travel. The aviation alert level is high, fluctuating between orange and red as the potential of eruption is increased.

“The current volcanic activity is typically effusive and no ash has been detected so far with satellite measurements,” said Nicolas Theys from the Belgian Institute for Space Aeronomy.

The presence of ash in the atmosphere can endanger jet engines, so timely information about ash, sulphur dioxide clouds and their dispersion are crucial to alert civil aviation authorities.

Earth-observing satellites can provide this information, especially for toxic gases like sulphur dioxide, which cannot be seen with the naked eye. With frequent and worldwide measurements of ash plumes and sulphur dioxide emissions, satellites help to improve aviation safety.

When an eruption occurs, an alert is sent to interested users, most notably to Volcanic Ash Advisory Centres and airlines, and public maps are generated showing the extent and intensity of the volcanic plumes.

A plume of sulphur dioxide was detected drifting towards Europe from Iceland’s Bardarbunga volcano late on 4 September 2014. These images are based on data from the Spinning Enhanced Visible & InfraRed Imager (SEVIRI) on the Meteosat Second Generation (MSG) mission. Credit: NILU
This animation shows the spread of sulphur dioxide from Iceland’s Bardarbunga volcano from 31 August to 4 September 2014, as detected by the GOME-2 instrument on the MetOp-A and -B satellites. Credit: BIRA/IASB

Note : The above story is based on materials provided by European Space Agency 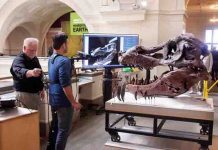 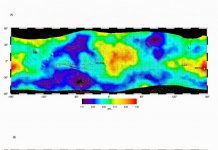 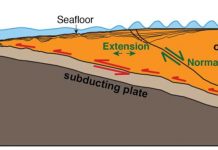 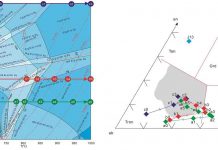