Starting about 250 million years ago, at the end of the Permian period, brachiopod groups disappeared in large numbers, along with 90 percent of the planet’s species. Today, only a few groups, or genera, of brachiopods remain. “Most people won’t be familiar with brachiopods. They’re pretty rare in the modern ocean,” said Jonathan Payne, a paleobiologist at Stanford University.

Meanwhile, bivalves flourished, diversifying into a staggering variety of shapes and sizes, and spread from marine to freshwater habitats. “After the end-Permian mass extinction, we find far fewer brachiopods and a lot more bivalves,” said Payne, who is an associate professor in the Department of Geological & Environmental Sciences.

Why one group of shelled animals thrived while the other barely survived is one of the great mysteries in paleontology. A popular theory, based on diversity and abundance data from the fossil record for the two groups, is that bivalves simply outcompeted brachiopods. But a new study by Payne and other researchers that looks at the issue from an energy standpoint paints a different picture. Their findings, published online on March 26 in the journal Proceedings of the Royal Society B, show that, despite being fewer in number, ancient bivalves were already consuming as much food as brachiopods, and that modern bivalves consume vastly more.

“Brachiopods and bivalves used about same amount of food during Paleozoic, but bivalve food intake has increased by a factor of 100 since then,” Payne said. “There’s no way that increase is the result of bivalves simply displacing brachiopods. Even if bivalves had entirely supplanted brachiopods, their metabolism would have only doubled.”

Payne and his collaborators reached their conclusions after conducting a comprehensive search of scientific literature and recording the body sizes of more than 6,000 ancient and modern genera of bivalves and brachiopods. Some of the fossils dated back to the Cambrian era, more than 500 million years ago. Five undergraduate students and high school interns spent an entire summer on the task.

Fossil records like the one used in the current study can also provide clues about how the biological makeup of the modern ocean evolved, Payne said. “If scientists want to know how evolution works, one of the best ways is to study changes in animal shape over Earth’s history,” he added. “By moving from form to function as we have done in this study, fossils give us a very direct way of comparing how ancient ecosystems worked compared to their modern counterparts.”

From body size to metabolic rate

Once the body sizes of the different genera were known, the team was ready to estimate each one’s metabolic rate. To do this, they used available data about the ratio between shell size and living, or “soft,” tissue in modern bivalves and brachiopods to calculate the soft tissue amounts, and by extension the metabolic rates, of the extinct genera.The results of their study showed that like their modern descendants, ancient brachiopods possessed relatively little soft tissue and would have had low metabolic rates compared to ancient bivalves. “It turns out that even though brachiopod and bivalve shells are about the same size, if you open up a brachiopod shell, there’s a lot less meat inside,” Payne said. “That’s one reason that we eat bivalves, and not brachiopods. There also aren’t there many brachiopods around, and some of them may be toxic to humans.”
Recommended For You  Lumbering giants had agile ancestors "Dinosaur evolution"

The new finding indicates that, from a metabolic standpoint at least, brachiopods didn’t dominate the Paleozoic. At best, they split their ocean kingdom with bivalves. “Our study is unique in that it provides a deep time perspective of how life arose, and in this case declined as well, because of how these two group differentially use energy,” said study coauthor Craig McClain, an oceanographer at the National Evolutionary Synthesis Center (NESCent) in Durham, NC. “Today’s ocean reflects these evolutionary stories of the past. We can look at the modern oceans and see the end of the story-lots of bivalves and few brachiopods-but now we know more about the introduction and climax of the narrative.”

So if bivalves weren’t responsible for the brachiopods fall from glory, then what was? It’s likely, Payne said, that brachiopods were just unlucky. The evolutionary strategies that made them successful for hundreds of millions of years simply no longer worked or were even detrimental in the face of the environmental changes wrought by the End Permian extinction. “We think that about 250 million years ago, a series of large volcanic eruptions in Siberia ejected something on the order of 6 million kilometers of basalt rock. That’s enough to cover all of Western Europe in a quarter-mile deep layer of basalt,” Payne said.When the scalding volcanic rock rained back to surface and penetrated the Earth’s upper crust, it heated other rocks, causing them to release large amounts of gas, including the greenhouse gas carbon dioxide. This catastrophic chain reaction would have altered the chemistry of the oceans, increasing their acidity. Brachiopods would have been particularly hard hit by the change, Payne said. “Bivalves have gills and an active circulatory system, while brachiopods don’t. That means that in general, bivalves are more effective at regulating their internal chemistries relative to the external environment.”
Recommended For You  Fossil skeleton confirms earliest primates were tree dwellers

Bivalves would have also been in a better position to take advantage of the new food sources that became available as life recovered from the mass extinction event. More creatures were becoming mobile, and brachiopods, which are largely stationary and filter feed on floating organic debris, would have been less able to capitalize on this shift. Meanwhile, bivalves such as clams were becoming more proficient at moving around by quickly opening and closing their shells or using their muscular foot to burrow. Increased mobility gave bivalves an edge not only over brachiopods, but likely other organisms as well, such as microbes. “What we see is that more mobile organisms tend to be better in the post-Paleozoic,” Payne said.

The new findings cast the fate of the two groups in a new light: Bivalves didn’t outcompete brachiopods by getting better at obtaining the food sources that the two groups shared. Rather, their physiological differences enabled them to branch out and take advantage of other food resources in ways that brachiopods simply couldn’t follow. 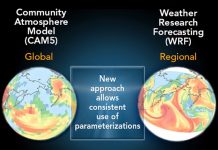 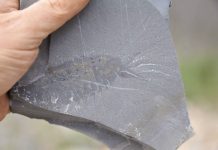 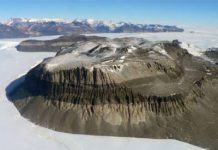 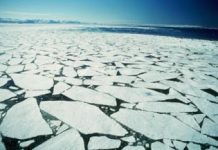