An Indonesian volcano that has erupted relentlessly for months shot volcanic ash into the air 30 times on Saturday, forcing further evacuations with more than 20,000 people now displaced, an official said.

Mount Sinabung on the western island of Sumatra sent rivers of lava flowing through an evacuation zone and columns of volcanic cloud up as high as 4,000 metres (13,000 feet), National Disaster Mitigation Agency spokesman Sutopo Purwo Nugroho said.
“Hot lava spewed from the volcano some 60 times, reaching up to five kilometres (three miles) southeast of the crater. This outpour is the biggest we’ve seen in all the recent eruptions,” Nugroho said.

Authorities had already told residents in a five-kilometre radius of the volcano to evacuate, and Nugroho said an expanded evacuation zone may be considered.

The number of people who have now fled the rumbling volcano since it began erupting in September last year has risen to 20,331, Nugroho said.

Mount Sinabung is one of dozens of active volcanoes in Indonesia that straddle major tectonic fault lines, known as the Ring of Fire.

It had been quiet for around 400 years until it rumbled back to life in 2010, and again in September last year.

In August, five people were killed and hundreds evacuated when a volcano on a tiny island in East Nusa Tenggara province erupted.

The country’s most active volcano, Mount Merapi in central Java, killed more than 350 people in a series of violent eruptions in 2010.

The above story is based on materials provided by © 2014 AFP 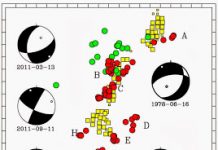 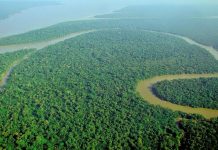 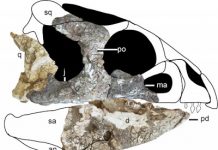 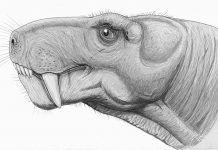