Factors determining the frequency and magnitude of volcanic phenomena have been uncovered by an international team of researchers.

Experts from the Universities of Geneva, Bristol and Savoie carried out over 1.2 million simulations to establish the conditions in which volcanic eruptions of different sizes occur.
The team used numerical modelling and statistical techniques to identify the circumstances that control the frequency of volcanic activity and the amount of magma that will be released.

The researchers, including Professor Jon Blundy and Dr Catherine Annen from Bristol University’s School of Earth Sciences, showed how different size eruptions have different causes. Small, frequent eruptions are known to be triggered by a process called magma replenishment, which stresses the walls around a magma chamber to breaking point. However, the new research shows that larger, less frequent eruptions are caused by a different phenomenon known as magma buoyancy, driven by slow accumulation of low-density magma beneath a volcano.

Predictions of the scale of the largest possible volcanic eruption on earth have been made using this new insight. This is the first time scientists have been able to establish a physical link between the frequency and magnitude of volcanic eruptions and their findings will be published today in the journal Nature Geoscience.

“We estimate that a magma chamber can contain a maximum of 35,000 km3 of eruptible magma. Of this, around 10 per cent is released during a super-eruption, which means that the largest eruption could release approximately 3,500 km3 of magma”, explained lead researcher Luca Caricchi, assistant professor at the Section of Earth and Environmental Sciences at the University of Geneva and ex-research fellow at the University of Bristol.

Volcanic eruptions may be frequent yet their size is notoriously hard to predict. For example, the Stromboli volcano in Italy ejects magma every ten minutes and would take two days to fill an Olympic swimming pool. However, the last super-eruption of a volcano, which occurred over 70,000 years ago, spewed out enough magma to fill a billion swimming pools.

This new research identifies the main physical factors involved in determining the frequency and size of eruptions and is essential to understanding phenomena that effect human life, such as the 2010 ash cloud caused by the eruption of Eyjafallajökull in Iceland.

Professor Jon Blundy said: “Some volcanoes ooze modest quantities of magma at regular intervals, whereas others blow their tops in infrequent super-eruptions. Understanding what controls these different types of behaviour is a fundamental geological question.

“Our work shows that this behaviour results from interplay between the rate at which magma is supplied to the shallow crust underneath a volcano and the strength of the crust itself. Very large eruptions require just the right (or wrong!) combination of magma supply and crustal strength.” 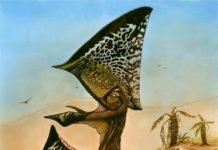 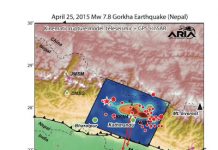 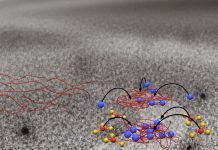 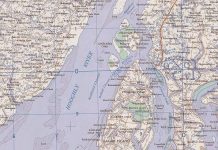