Home Fossils Fossil of History’s Most Successful Mammal
Share on Facebook
Tweet on Twitter
The 160 million-year-old fossil of an extinct rodent-like creature from China is helping to explain how multituberculates — the most evolutionarily successful and long-lived mammalian lineage in the fossil record — achieved their dominance.

This fossil find — the oldest ancestor in the multituberculate family tree — represents a newly discovered species known as Rugosodon eurasiaticus. The nearly complete skeleton provides critical insights into the traits that helped such multituberculates thrive in their day. For example, the fossil reveals teeth that were adapted to gnawing plants and animals alike, as well as ankle joints that were highly adept at rotation.

In light of these findings, researchers suggest that R. eurasiaticus paved the way for later plant-eating and tree-dwelling mammals.

Chong-Xi Yuan from the Chinese Academy of Geological Sciences in Beijing, China, along with Chinese and American colleagues, report their analysis of the fossil in the 16 August issue of Science.

The multituberculates flourished during the Cretaceous era, which ended over 60 million years ago. Much like today’s rodents, they filled an extremely wide variety of niches — below the ground, on the ground and in the trees — and this new fossil, which resembles a small rat or a chipmunk, possessed many of the adaptations that subsequent species came to rely upon, the researchers say.

“The later multituberculates of the Cretaceous [era] and the Paleocene [epoch] are extremely functionally diverse: Some could jump, some could burrow, others could climb trees and many more lived on the ground,” explained Zhe-Xi Luo, a co-author of the Science report. “The tree-climbing multituberculates and the jumping multituberculates had the most interesting ankle bones, capable of ‘hyper-back-rotation’ of the hind feet.”

“What is surprising about this discovery is that these ankle features were already present in Rugosodon — a land-dwelling mammal,” he said. (Such highly mobile ankle joints are normally associated with the foot functions of animals that are exclusively tree-dwellers — those that navigate uneven surfaces.)

Additionally, R. eurasiaticus could eat many different types of food, according to the researchers. The fossil — particularly its dentition, which reveals teeth designed for shearing plant matter — confirms a 2012 analysis of tooth types that suggested multituberculates consumed an animal-dominated diet for much of their existence, later diversifying to a plant-dominated one.

Multituberculates arose in the Jurassic period and went extinct in the Oligocene epoch, occupying a diverse range of habitats for more than 100 million years before they were out-competed by more modern rodents. By the end of their run on the planet, multituberculates had evolved complex teeth that allowed them to enjoy vegetarian diets and unique locomotive skills that enabled them to traverse treetops. Both adaptations helped them to become dominant among their contemporaries.

The fossilized R. eurasiaticus that Yuan and his team unearthed was preserved in lake sediments, suggesting that the creature may have lived on the shores. However, the researchers say that the ankle joints of this early multituberculate were already highly mobile and its teeth were already oriented for an omnivorous diet. Based on their findings, the researchers suggest that such adaptations must have arisen very early in the evolution of the order, setting the stage for the major diversification of rodent-like mammals that ensued.

The discovery of R. eurasiaticus also extends the distribution of certain multituberculates from Europe to Asia during the Late Jurassic period, the researchers say.

“This new fossil from eastern China is very similar to the Late Jurassic fossil teeth of multituberculates from Portugal in western Europe,” explained Dr. Luo. “This suggests that Rugosodon and its closely related multituberculates had a broad paleogreographic distribution and dispersals back-and-forth across the entire Eurasian continent.”

The report by Yuan et al. was supported by the Ministry of Land Resources and the Ministry of Science and technology of China; the Scientific Commission of Beijing; the Beijing Museum of Natural History; the National Science Foundation; Carnegie Museum; and the University of Chicago.

Note : The above story is based on materials provided by American Association for the Advancement of Science, via EurekAlert!, a service of AAAS. 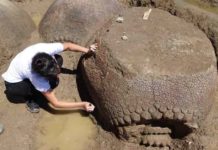 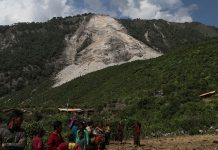 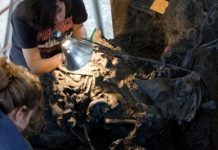