MISSOULA – Findings from a large-scale ice drilling study on the Greenland ice sheet by a team of University of Montana and University of Wyoming researchers may revise the models used to predict how ice sheets move.
The work was published in Science on Aug. 15 in a paper titled “Basal Drainage System Response to Increasing Surface Melt on the Greenland Ice Sheet.”

The bed of the Greenland ice sheet, hidden beneath hundreds to thousands of meters of ice, is one of the most isolated locations on earth – making it difficult for scientists to understand just how the second largest ice body on the planet functions.Meierbachtol

Led by UM glaciologist Joel Harper and with backing from the National Science Foundation, the team of researchers set out to observe and record exactly how melt water flows along the bed of the ice sheet and how that water influences ice sheet acceleration.

“Our ability to predict and understand what’s going to happen in the future hinges on our ability to have an adequate understanding of the present processes and how those might influence future ice sheet behavior under climate changes,” said Toby Meierbachtol, the study’s lead author and a UM doctoral student.

The team employed a unique strategy for collecting widespread measurements of the conditions at the bottom of the ice sheet.

“Our approach was to be lightweight and nimble so that we could drill lots of boreholes all over the ice sheet.” Harper said.

Using a drill designed by Neil Humphrey, UW professor and co-author on the paper, the team melted 23 boreholes through the ice sheet to measure the pressure and flow conditions of the water under the ice. The drill was easily transported by helicopter and even could be carried short distances by six people.

Recommended For You  Sudden draining of glacial lakes explained

The other component to their strategy was to carefully select a small and hard-working field team. The group comprised two professors, two doctoral students, two graduate students and two undergraduate students.

According to Harper, the team selection was of critical importance. He needed mentally tough team members who both excelled academically and also could withstand difficult conditions. “Our success relied on finding people who were equally comfortable fiddling with circuit boards or fixing a broken generator, and doing those things in the cold and with a relentless wind blowing,” he said.

Once the data was analyzed, the research team discovered that it didn’t match up with the working hypotheses for water flow beneath the ice sheet. This led the scientists to surmise that there are other critical processes at work that had been missing – one possibility being that as the ice sheet accelerates, the acceleration itself opens up space between the ice and bedrock and expands the drainage network.

“This process is largely neglected in current interpretations,” Meierbachtol said. “We need to pull ourselves away from the narrow vision and start to explore some of the other options for transient growth.”

Future warming likely will be enhanced over the Artic. This body of research will provide a more accurate assessment of the impacts of future warming on Greenland.

“Much climate research focuses on documenting recent and ongoing changes, or making projections about future change,” Harper said. “We can only go so far with that work before we hit stumbling blocks resulting from our incomplete understanding of how various components of the climate system work. Our research is focused on unraveling the fundamental physical processes controlling how ice sheets move when sitting on flowing melt water. This basic research is essential to increasing confidence in our understanding of climate and sea level change.”

Note : The above story is based on materials provided by The University of Montana 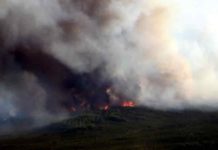 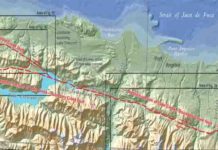 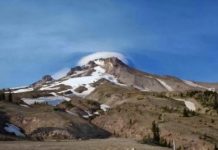 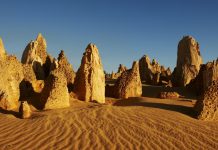