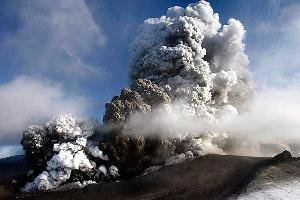 The eruption of the Icelandic volcano Eyjafjallajökull in April this year resulted in a giant ash cloud, which – at one point covering most of Europe – brought international aviation to a temporary standstill, resulting in travel chaos for tens of thousands
New research, to be published today, Friday 10 December, in IOP Publishing’s Environmental Research Letters, shows that lightning could be used as part of an integrated approach to estimate volcanic plume properties.
The scientists found that during many of the periods of significant volcanic activity, the ash plume was sufficiently electrified to generate lightning, which was measured by the UK Met Office’s long range lightning location network (ATDnet), operating in the Very Low Frequency radio spectrum.
The measurements suggest a general correlation between lightning frequency and plume height and the method has the advantage of being detectable many thousands of kilometers away, in both day and night as well as in all weather conditions.
As the researchers write, “When a plume becomes sufficiently electrified to produce lightning, the rate of lightning generation provides a method of remotely monitoring the plume height, offering clear benefits to the volcanic monitoring community.”
Note: This story has been adapted from a news release issued by the Institute of Physics 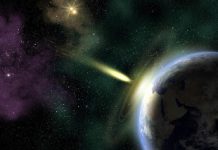 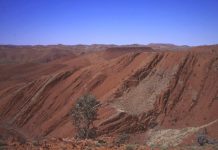