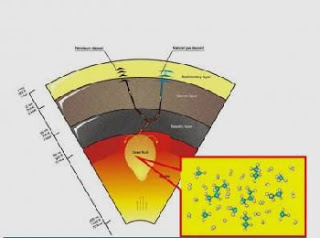 The oil and gas that fuels our homes and cars started out as living organisms that died, were compressed, and heated under heavy layers of sediments in the Earth’s crust. Scientists have debated for years whether some of these hydrocarbons could also have been created deeper in the Earth and formed without organic matter. Now for the first time, scientists have found that ethane and heavier hydrocarbons can be synthesized under the pressure-temperature conditions of the upper mantle -the layer of Earth under the crust and on top of the core. The research was conducted by scientists at the Carnegie Institution’s Geophysical Laboratory, with colleagues from Russia and Sweden, and is published in the July 26, advanced on-line issue of Nature Geoscience
Methane (CH4) is the main constituent of natural gas, while ethane (C2H6) is used as a petrochemical feedstock. Both of these hydrocarbons, and others associated with fuel, are called saturated hydrocarbons because they have simple, single bonds and are saturated with hydrogen. Using a diamond anvil cell and a laser heat source, the scientists first subjected methane to pressures exceeding 20 thousand times the atmospheric pressure at sea level and temperatures ranging from 1,300 F° to over 2,240 F°. These conditions mimic those found 40 to 95 miles deep inside the Earth. The methane reacted and formed ethane, propane, butane, molecular hydrogen, and graphite. The scientists then subjected ethane to the same conditions and it produced methane. The transformations suggest heavier hydrocarbons could exist deep down. The reversibility implies that the synthesis of saturated hydrocarbons is thermodynamically controlled and does not require organic matter.
The scientists ruled out the possibility that catalysts used as part of the experimental apparatus were at work, but they acknowledge that catalysts could be involved in the deep Earth with its mix of compounds.

“We were intrigued by previous experiments and theoretical predictions,” remarked Carnegie’s Alexander Goncharov a coauthor. “Experiments reported some years ago subjected methane to high pressures and temperatures and found that heavier hydrocarbons formed from methane under very similar pressure and temperature conditions. However, the molecules could not be identified and a distribution was likely. We overcame this problem with our improved laser-heating technique where we could cook larger volumes more uniformly. And we found that methane can be produced from ethane.”
The hydrocarbon products did not change for many hours, but the tell-tale chemical signatures began to fade after a few days.
Professor Kutcherov, a coauthor, put the finding into context: “The notion that hydrocarbons generated in the mantle migrate into the Earth’s crust and contribute to oil-and-gas reservoirs was promoted in Russia and Ukraine many years ago. The synthesis and stability of the compounds studied here as well as heavier hydrocarbons over the full range of conditions within the Earth’s mantle now need to be explored. In addition, the extent to which this ‘reduced’ carbon survives migration into the crust needs to be established (e.g., without being oxidized to CO2). These and related questions demonstrate the need for a new experimental and theoretical program to study the fate of carbon in the deep Earth.”
Note: This story has been adapted from a news release issued by the Carnegie Institution 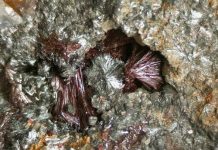 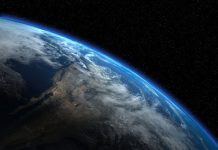 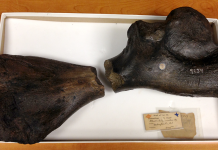 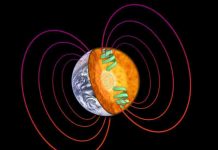