University of Rhode Island doctoral student Brennan Phillips is on the hunt for underwater volcanoes so he can collect data on the plumes of hot fluids and chemical compounds emanating from hydrothermal vents in and around the craters. It’s the subject of his dissertation, and he’s willing to travel to the ends of the Earth to make new discoveries.
Phillips spent two weeks in January in the Solomon Islands of the Western Pacific investigating the Kavachi submarine volcano, which the URI Graduate School of Oceanography student says is “known for its frequent violent eruptions that blow steam hundreds of feet into the air.” Located 15 miles off the Western Province of the island nation, the unexplored volcano has formed an island at least seven times in the last century, but waves soon erode the island away until the next big eruption.

“The closest anyone had ever gotten to the volcano before us was a couple hundreds meters away, which is really dangerous, but when we got there, the water was calm and allowed us to get even closer,” said Phillips, a resident of Providence. “We worked around the main peak, which was about 24 meters below the surface, and we could see the plume of chemically altered water coming out of it.”

One reason for Phillips’ intense interest in this volcano is because of concerns that mining companies may soon target the area to harvest the massive sulfide deposits on the seafloor in the vicinity. That is already happening in nearby Papua New Guinea, and he believes the Solomon Islands will be next.

Recommended For You  Raw: Lava Burns on Local Hawaii Road

“There is a precedent of exploiting natural resources in the area without protecting those resources,” Phillips explained, noting that clearcutting of forests is already underway in the Solomons. “We wanted to explore Kavachi to showcase the natural environments on the seafloor in the area to the Solomon Island government and the scientific community abroad. If we show it off before a mining company gets there, it has a better chance of being protected or managed appropriately.”

Taking calculated risks to collect the data he sought, Phillips deployed instrumentation on loan from the National Oceanic and Atmospheric Administration and camera systems provided by the National Geographic Society, which funded his expedition. His local guide, Corey Howell, attempted to scuba dive to the rim of the crater, but the hot water prevented him from approaching.

“What was most surprising was that fish and sharks swam right through the bubbling hot water that Corey couldn’t withstand,” Phillips said. “And in the caldera, our cameras caught images of schools of sharks, smaller fish and even jellyfish living in the hot acidic plume. This presumably toxic environment supports a whole community of life, even though every once in a while it blows up.”

No one knows how often the Kavachi volcano erupts, since it’s too far offshore for local residents to see clearly and few fishermen approach the area. But those that do travel there occasionally say it is erupting every time they are nearby.

Phillips’ URI colleague Alex DeCiccio videotaped the entire expedition and collected stories from local villagers, as well as images of a massive logging ship that arrived at the village to begin extracting trees.

“We went way farther than I expected with this project,” Phillips concluded. “I didn’t expect to see the issue of natural resource exploitation be highlighted right in front of us like it did. It makes my project all the more relevant.”

Note : The above story is based on materials provided by University of Rhode Island. 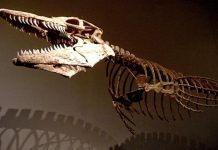 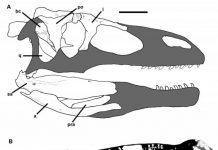 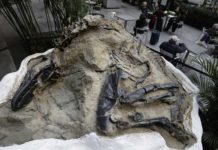