Yellowstone National Park is famous for harsh winters but a new study shows summers are also getting harsher, with August 2016 ranking as one of the hottest summers in the last 1,250 years.

The new study drew upon samples of living and dead Engelmann spruce trees collected at high elevations in and around Yellowstone National Park to extend the record of maximum summer temperatures back centuries beyond instrumental records. The findings were published in Geophysical Research Letters, AGU’s journal for high-impact, short-format reports with immediate implications spanning all Earth and space sciences.

The team, led by Karen Heeter, a dendrochronologist at the University of Idaho in Moscow, found that the 20th and 21st centuries, and especially the past 20 years, are the hottest in the new 1,250-year record. Previously, temperature records for the Yellowstone region were only available going back to 1905.

The climate data gleaned from the tree ring samples fits closely with the instrumental record over the past 100 years. The team was also able to identify several known periods of warming in the tree ring record, including the Medieval Climate Anomaly that occurred between 950 and 1250, as well as several multidecadal periods of cooling that occurred prior to 1500.

“If we can find historical analogs to the warming conditions we’re seeing now, that’s really valuable,” Heeter said. “The records show that the 1080s were extremely warm and in the 16th century, there was a period of prolonged warmth for about 130 years.”

The warm periods of the past were characterized by substantial multidecadal temperature variability, markedly different from the prolonged, intense warming trends seen over the past 20 years. Today’s unprecedented warming may spell trouble for the Greater Yellowstone Ecosystem, the pride of the US National Park system, by exacerbating droughts, wildfires, and other types of ecosystem stress.

The new record provides crucial data for scientists seeking to better understand the relationships between increasing temperatures and environmental factors like fire regimes, seasonal snowpack, and vegetation changes, Heeter said. “The warming trend we see beginning around 2000 is the most intense in the record. The rate of warmth over a relatively short period of time is alarming and has important implications for ecosystem health and function,” she said.

“Unlike traditional tree ring methods where we just measure annual or sub-annual growth rings, Blue Intensity gives us a representation of ring density,” Heeter said. Density of the outermost part of annual growth rings, called the latewood, has been shown to correlate closely with maximum summer temperatures, she said.

Developed in Europe in the early 2000s, Blue Intensity has been shown to be a more cost effective method of assessing tree ring density than other methods, says Robert Wilson, a dendrochronologist at the University of St. Andrews in Scotland, who was not involved in the new study.

Engelmann spruce trees, found throughout North America from Canada to Mexico, are the “perfect species for BI methods due to their uniformly light-colored wood,” Wilson said, helping to assuage the main drawback of the Blue Intensity method, which can be biased by color variations in wood samples. Engelmann spruce also live between 600 and 800 years and rot relatively slowly. The pristine setting of Yellowstone National Park provided an opportunity to source samples from living and downed trees dating back 1,250 years.

Heeter and colleagues are also working on applying Blue Intensity methods to more locations across North America, particularly in southern states, where obtaining a strong temperature signal from traditional tree ring data can be difficult. The team has already made the new Greater Yellowstone dataset available to other researchers by adding it to the International Tree-Ring Data Bank, which is publicly available from NOAA.

“I have all these things I’d like to do with [the Yellowstone dataset], such as looking at periods of drought through time or temperature and fire trends,” Heeter said. “But I hope that it might also be useful to other researchers who are studying other aspects of the ecosystem. Honestly, I think the [research] possibilities are endless.” 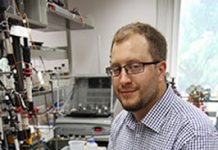 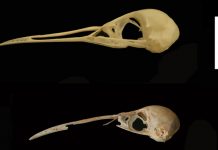