Magnetic storms can interfere with the operation of electric power grids and damage grid infrastructure. They can also disrupt directional drilling for oil and gas, radio communications, communication satellites and GPS systems.

While magnetic storms are caused by variable conditions in the space weather above our heads, an accurate evaluation of the resulting hazards requires a detailed understanding of the electrical conductivity of the Earth beneath our feet.

What is a Magnetic Storm?

The Sun is constantly emitting a wind of electrically charged particles. However, when a large sunspot emerges on the face of the Sun, there is an increased chance for an abrupt ejection of concentrated solar wind. A magnetic storm can result from the interaction of these concentrated bursts of solar wind with the Earth’s surrounding magnetosphere. During a magnetic storm, geoelectric fields are induced in the Earth’s interior.

MT surveys are made by deploying sensors on the ground that measure magnetic and electric field variation over time. Data from such surveys allow scientists to construct three-dimensional models of the Earth’s interior electrical conductivity structure. These models, in turn, enable scientists to estimate electric fields that can be generated in the Earth during magnetic storms.

With support from the National Science Foundation EarthScope project and management from Oregon State University, MT surveys have been made across several geographic regions of the United States.

The data and results from this work will help the Federal Energy Regulatory Commission and the North American Electric Reliability Corporation develop standards to ensure that the nation’s power grids are resilient to geomagnetic storm hazards. This USGS research was motivated by the recent release of the U.S. National Space Weather Strategy, which identifies priorities and needed actions for the benefit of the nation.

The Earth is an Electrical Conductor?

Yes, and it is very complex. The conductivity of Earth varies with geographic location and depth below the surface as a result of our planet’s geological and tectonic history.

For a given rock type, electrical conductivity depends on mineralogy, temperature and water content. Seawater is also electrically conductive. Therefore, a complete description of Earth conductivity also depends on the geometry and depth of the oceans.

USGS scientists studied EarthScope MT survey data from across the midwestern United States to determine whether or not geoelectric fields induced in the Earth during a magnetic storm could be mapped. Their analysis showed that the geoelectric fields can be mapped, and that Earth’s three-dimensional electrical conductivity has a significant effect on these fields during magnetic storms.

Geoelectric mapping is challenging due to the complex structure of the Earth’s interior. Monitoring equipment and surveying sites are sparsely distributed over the United States. The nation needs to improve magnetic monitoring and complete MT surveys in order to accurately estimate magnetic-storm hazards across the country.

The pursuit of understanding space weather and its impacts is a collaborative effort by government, academic and private sector agencies. The White House Office of Science and Technology Policy coordinates the space-weather related work of the several federal agencies, including the USGS.

The USGS Geomagnetism Program monitors variations in the Earth’s magnetic field through a network of 14 ground-based observatories around the United States and its territories. This network enables USGS scientists monitor the geomagnetic field every single second throughout the country. The USGS observatory data are then used to calculate magnetic storm intensity. USGS scientists not only conduct research into the physical causes and effects of magnetic storms, but they develop methods to improve our real-time situational awareness and assess the hazardous effects of magnetic storms.

The USGS is involved with making maps of magnetic activity, which are derived from data we acquire from ground-based observatories. In addition, USGS scientists are mapping the nature of the Earth’s lithosphere to construct maps needed for the evaluation of geomagnetic hazards. 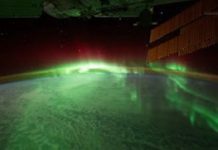 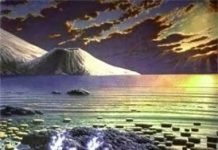 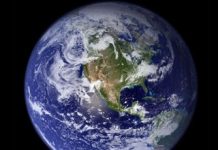