Volcanoes are born and die — and then grow again on their own remains. The decay of a volcano in particular is often accompanied by catastrophic consequences, as was the most recent case for Anak Krakatau in 2018. The flank of the volcano had collapsed sliding into the sea. The resulting tsunami killed several hundred people on Indonesia’s coast.

Continued volcanic activity after a collapse has not been documented in detail so far. Now and for the first time, researchers from the German Research Center for Geosciences GFZ and Russian volcanologists are presenting the results of a photogrammetric data series spanning seven decades for the Bezymianny volcano, Kamchatka, in the journal Nature Communications Earth and Environment. First author Alina Shevchenko from GFZ says, “thanks to the German-Russian cooperation we were able to analyze and reinterpret a unique data set.”

Bezymianny had a collapse of its eastern sector in 1956. Photographs of helicopter overflights from Soviet times in combination with more recent satellite drone data have now been analyzed at GFZ Potsdam using state-of-the-art methods. The images show the rebirth of the volcano after its collapse. The initial re-growth began at different vents about 400 meters apart. After about two decades, the activity increased and the vents slowly moved together. After about fifty years, the activity concentrated on a single vent, which allowed the growth of a new and steep cone.

The authors of the study determined an average growth rate of 26,400 cubic meters per day — equivalent to about a thousand large dump trucks. The results make it possible to predict when the volcanic building may once again reach a critical height, so that it may collapse again under its own weight. The numerical modeling also explains the changes in stress within the volcanic rock and thus the migration of the eruption vents. Thomas Walter, volcanologist at the GFZ and co-author of the study, summarizes: “Our results show that the decay and re-growth of a volcano has a major impact on the pathways of the magma in the depth. Thus, disintegrated and newly grown volcanoes show a kind of memory of their altered field of stress.” For future prognosis, this means that the history of birth and collapse must be included to be able to give estimates about possible eruptions or imminent collapses. 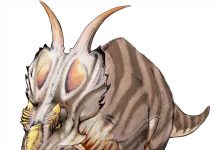