Climatologists have found that if an ongoing Philippine volcanic eruption becomes more violent, the gases released are likely to produce an El Niño event during the 2020-21 winter, a more intense polar vortex and warming across Eurasia.

When Taal volcano near Manila started erupting on January 12, ash spewed 14 kilometers into the air, coating villages in a blanket of dust and affecting nearly 460,000 people, many of whom lost access to electricity and fresh water. Despite the significant impact, the eruption so far has been tame compared to some of the biggest eruptions in history, and the Philippine Institute of Volcanology and Seismology (PHIVOLCS) has since downgraded its alert.

But these same volcanologists now warn that the Taal volcano may merely be in a lull and that the risk of a more dangerous eruption still exists.

“The Taal eruption has been terrible for local communities,” said Fei Liu, a researcher with China’s Sun Yat-sen University, “but it has also become a deep global concern, with potentially hazardous consequences for the Earth’s climate.”

Fine ash and sulfur dioxide from eruptions block incoming solar radiation, thus reducing heat at Earth’s surface that in turn produces atmospheric warming. As a result, for a year after especially violent eruptions, temperatures can be cooler than normal across much of the planet. But in addition to the cooling, there can also be a warming in the first post-eruption winter in the northern hemisphere as surface temperatures rebounds.

However, there are still some gaps between the climate impacts of volcanoes projected by computer simulations and what observations demonstrate. So Liu’s team are using the Taal eruption as a real-time assessment tool of the impact of volcanic eruptions on the climate in order to improve models.

The researchers took data on the scale of volcanic eruptions worldwide over the past 1,100 years taken from Greenland and Antarctica ice cores and inputted this into global climate models. This then allowed them to project the impact of the Taal eruption.

They reckon there is a high likelihood (83% probability) of an El Niño-like warming event during the 2020/21 winter if the magnitude of the Taal eruption reaches a mid-range “volcanic explosive index”. Such an eruption would also produce an enhanced polar vortex— a large area of low pressure and cold air surrounding the Earth’s North and South poles, which in turn would drive warming across the Eurasian continent.

The researchers’ next step will be to use the eruption to better assess impacts from stratospheric aerosol geo-engineering (also known as solar radiation management), a theoretical method of reducing global warming by injecting sulfate aerosols into the stratosphere via balloons that would work as a sort of ‘deliberate’ volcanic eruption. 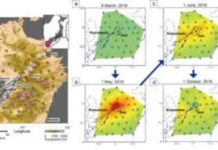 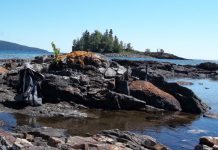 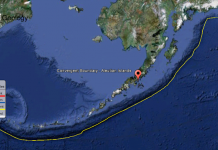