Geodes are secondary geological formations that form within sedimentary and volcanic rocks. Geodes are hollow, vaguely circular rocks, in which masses of mineral matter are isolated (which may include crystals). The crystals are formed by the filling of vesicles by minerals deposited from hydrothermal fluids in volcanic and sub-volcanic rocks; or by the dissolution of syn-genetic concretions and partial filling by the same or other minerals precipitated from water, groundwater or hydrothermal fluids.

Geodes can form in any cavity but the term is usually reserved in igneous and sedimentary rocks for more or less rounded formations. They may form in gas bubbles in igneous rocks, such as vesicles in basaltic lava; or in rounded cavities in sedimentary formations, as in the American Midwest. Dissolved silicates and/or carbonates are deposited on the inside surface after rock surrounding the cavity hardens. Over time, this slow feed of mineral constituents from groundwater or hydrothermal solutions allows crystals to form inside the hollow chamber. Bedrock containing geodes eventually weathers and decomposes, leaving them present at the surface if they are composed of resistant material such as quartz.

What gives them their color?

Geode banding is the result of variable impurities and coloration. Iron oxides will impart rust hues to siliceous solutions such as iron-stained quartz that is commonly observed. Most geodes contain crystals with clear quartz, while others have crystals with purple amethyst. Others may have agate, chalcedony, or jasper banding, or crystals like calcite , dolomite, celestite, and so on. There’s no easy way to say what a geode’s inside holds before it’s sliced open or broken apart. In appearance, however, geodes from a given region are usually similar.

Recommended For You  Cat's Eye Gemstones

Although geodes can be colorful naturally, some are colored artificially. Often these dyed stones have a brighter, more intense color than what naturally appears. Why dye geodes for people? Colorful geodes tend to sell well, and can imitate rare stones in a cheap way. 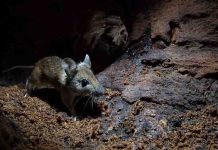 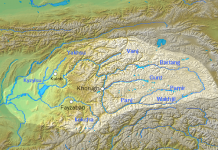 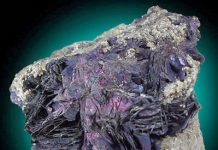 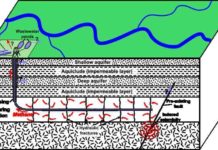