Climate change is occurring all over the globe as 1°C increase in Earth’s surface temperature has led to the sea level rise, abrupt melting of the Arctic sea ice, and the increase in extreme weather events such as heat waves, droughts, and floods. To accurately predict the anthropogenic climate changes under the increase in greenhouse gases, it is important to understand the effects of natural factors such as solar and volcanic activities. A recent study has shown how global precipitation decreases when volcanoes erupt in the tropics.

Professor Seung-Ki Min and Dr. Seungmok Paik of Division of Environmental Science and Engineering at POSTECH and researchers from the French National Centre for Scientific Research, Swiss Federal Institute of Technology in Zurich, and University of Edinburgh have released new findings that the El Niño induced by volcanic eruptions plays a key role in the decrease in global precipitation. So far, studies have shown that volcanic activity reduces precipitation across the globe, but its specific mechanism had been unclear. These research results were recently published in Science Advances, a sister journal of Science.

During the two to three years following Mount Pinatubo’s eruption in 1991, the average global temperature fell by about 0.2 degrees. This is because the massive dust including sulfur dioxide emitted by the eruption reflected the light from the sun and blocked its heat from reaching the Earth’s surface. Volcanic activities, along with this cooling effect, reduce the global terrestrial precipitation but its amplitude greatly varies depending on climate model simulations. For the first time, the joint research team confirmed that the main factor for the drop in precipitation after volcanic eruptions is the difference in El Niño’s response.

The team compared several climate model simulations and found that El Niño appeared in the year following a volcanic eruption in most models, with a significant drop in precipitation around the global monsoon region. In particular, the strength of El Niño was different for each simulation, and the stronger the El Niño, the more pronounced the reduction in precipitation occurred. The research team also found that the stronger the volcanic forcing and the greater the warm water volume in the western Pacific Ocean, a stronger El Niño developed, which in turn intensified the reduction in precipitation.

These findings are expected to be used to identify the side effects of geoengineering techniques and to predict the climate of the later years. In particular, it suggests that if geoengineering techniques are used to reduce global warming by spraying sulfur dioxide — the main component of volcanic ash — in the lower stratosphere to imitate artificial volcanoes, they could produce unexpected side effect of changing the precipitation patterns across the globe.

Professor Seung-Ki Min stated, “If geoengineering techniques are applied to mimic volcanoes and block sunlight, drought and water shortages may increase significantly in the monsoon regions — home to two-thirds of the world’s population.”

This research was supported by the Mid-career Researcher Program of the National Research Foundation of Korea.

Note: The above post is reprinted from materials provided by Pohang University of Science & Technology (POSTECH). 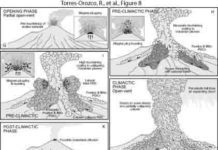 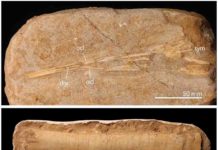 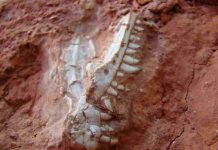