Instead of looking up to the sky for bright bursts of fiery color, a research team spent Fourth of July 2018 peering down at fiery globs of molten lava from a sky-diving airplane. Bolted to their plane was a new NASA instrument designed to detect each time the volcano took a breath, as its caldera swelled and deflated.

The team flew multiple flights above the Kīlauea Volcano in Hawaii Volcanoes National Park from July 3 to 5, 2018, to demonstrate how a new instrument could pave the way for a future constellation of small satellites dedicated to monitoring impacts from volcanic activity, earthquakes and changes in land surfaces, said Lauren Wye, the principal investigator who led and recently concluded the instrument’s development at SRI International in Menlo Park, California.

A global map detailing land elevation changes over time can help scientists pinpoint ground motion before, during and following earthquakes and volcanic eruptions, and help identify impacts from floods and groundwater pumping. “The CubeSat Imaging Radar for Earth Sciences, or CIRES, can help decision-makers and emergency managers obtain observations sooner after a hazardous event so that they are better prepared to deal with disaster relief,” Wye said.

Although Kīlauea’s eruption impacted over 50 square miles of land, ground deformation, or a change in land elevation, is not always perceptible to the human eye. Highly specialized technology like Wye’s new instrument can pinpoint and record these changes.

CIRES is equipped with an S-band Interferometric Synthetic Aperture Radar (InSAR). The S-band radar is able to penetrate through vegetation and reach the ground. CIRES takes two radar images of a specific area from approximately the same position in space at two different times and then processes the two images to determine the difference between them.

The National Academies of Sciences, Engineering and Medicine’s 2017 Decadal Survey, “Thriving on Our Changing Planet: A Decadal Strategy for Earth Observations from Space,” recommends that NASA use InSAR measurements to help address the dynamics of earthquakes, volcanoes, landslides, glaciers, groundwater and Earth’s interior.

Once upon a radar

Traditionally, researchers monitor ground deformation with on-the-ground sensors and the Global Positioning System (GPS). InSAR measurements are complementary to ground measurements and can often guide how ground sensors are installed. “InSAR data have revolutionized how we look at earthquakes and volcanoes,” Kyle Anderson, a geophysicist at the U.S. Geological Survey, said.

In orbit, a series of small InSAR satellites could peer down and record changes in ground deformation. “Volcanoes will often inflate with magma before they erupt,” Anderson said. Anderson worked with the CIRES team at Kīlauea. “Although it’s difficult to predict how big or how long the eruption will be, we can say, this volcano started inflating and there’s a higher probability of it erupting.”

The CIRES project began in January 2015 at SRI International with funding from NASA’s Earth Science Technology Office to develop the instrument’s radar electronics hardware over two years. It then received an additional three years of funding to prepare the radar for space, demonstrate the imaging capabilities via aircraft, including both on-board and remotely piloted aircraft, and advance a space-deployable antenna to complete the instrument.

“InSAR has been particularly useful for better understanding volcanoes in remote areas,” Anderson said. For example, the technology helped scientists notice deformation near the Three Sisters cluster of volcanoes in central Oregon from 1997 to 2001. InSAR pinpointed deformation in an area that last saw an eruption 1,500 years ago. Because of the observed changes, the USGS installed seismometers, GPS stations and gas-monitoring equipment to check for other signs of activity. In 2004, those instruments detected a swarm of 300 small earthquakes.

“InSAR allows you to get wide areas of coverage and see how one part of the volcano’s caldera is changing relative to another part,” Patrick Rennich, the CIRES signal processing and experiment design lead, said. Typically, researchers place a limited number of GPS sensors on specific parts of the volcano to monitor any movement. “CIRES should be able to cover the entire caldera,” Rennich said.

During development, “the team ran into a lot of hiccups,” Wye said. However, with each hiccup, like a delayed test flight, the team got innovative. “It led to a lot of fun exercises,” Wye said.

One of those exercises saw the team strapping the instrument to a moving car. They drove the car, which they dubbed “CarSAR,” along elevated roads in the Bay Area of Northern California in early 2018 to see how CIRES would pick up information in a valley below. “But we really needed to get higher to test our data,” Wye said.

When the Kīlauea Volcano started erupting in May 2018, they saw their opportunity. On July 4, 2018, lava was flowing and the volcano’s caldera was collapsing. CIRES successfully obtained SAR, or snapshot imagery, but wasn’t able to obtain InSAR, or comparison images, over Kīlauea, in part because, “It was difficult to fly on the exact same path every day,” Rennich said.

The flights over Kīlauea, among other field tests, helped the team learn what worked and didn’t work as they developed the instrument. They were able to optimize CIRES to improve its power management, size, sensor capabilities and ability to withstand heat.

In December 2019, the team again strapped CIRES, with updated hardware and software, to an airplane usually reserved for commercial skydiving and flew 10,000 feet above an army training facility in Indiana. “It turns out that skydiving operators are very comfortable flying with an open door,” Rennich said.

The team flew CIRES above a simulated flooded village at the Muscatatuck Urban Training Center to better understand radar signatures in a flooded urban environment. The flight also produced data that could improve algorithms that quantify the extent of flooding and related damage. NASA’s Earth Science Technology Office and Disasters Program helped fund the flights and analysis of the CIRES data.

Recommended For You  Researchers discover a new, young volcano in the Pacific

“By mounting CIRES on an airplane, we could fly at different angles and see how different building orientations affect how they appear in radar images due to flooding,” Sang-Ho Yun, a geophysicist and coinvestigator of this project at NASA’s Jet Propulsion Laboratory in Pasadena, California, said. “Flooding is like a ghost,” Yun said; its ephemeral nature makes it difficult to assess the accuracy of flood mapping techniques.

The team also performed an experiment where they controlled motion on the ground to test CIRES. During the Indiana flight, “One of our colleagues on the ground would raise silvery metal reflectors by half a centimeter to a centimeter to show that we can detect that level of change,” Rennich said. This helped prove that CIRES collected accurate InSAR data.

The flights were successful in part because the team was able to fly CIRES along the same path multiple times in a row, which they weren’t able to do in Hawaii. “We implemented a better pilot navigation system,” Rennich said, which allowed the team to fly within a few feet of where they had flown the previous day. In Hawaii, the they flew approximately 500 feet from the previous day’s course.

“When you’re in space, trajectory is much more repeatable,” Rennich said, because each satellite is on a predictable, traceable course.

For the team to make CIRES, or a CIRES-like instrument work in space, they would need to significantly extend its antenna, from two feet across to 10 feet across, Rennich said. “Everything else pretty much stays the same,” he said.

Note: The above post is reprinted from materials provided by NASA’s Goddard Space Flight Center. 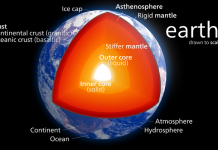 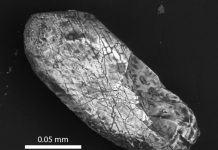 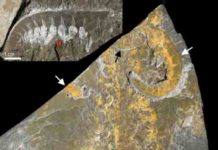 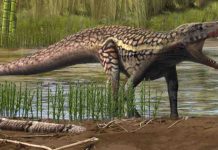