New research finds soot from global fires ignited by an asteroid impact could have blocked sunlight long enough to drive the mass extinction that killed most life on Earth, including the dinosaurs, 66 million years ago.

The Cretaceous–Paleogene extinction event wiped out about 75 percent of all species on Earth. An asteroid impact at the tip of Mexico’s Yucatán Peninsula caused a period of prolonged cold and darkness, called an impact winter, that likely fueled a large part of the mass extinction. But scientists have had a hard time teasing out the details of the impact winter and what the exact mechanism was that killed life on Earth.

A new study in AGU’s journal Geophysical Research Letters simulates the contributions of the impact’s sulfur, dust, and soot emissions to the extreme darkness and cold of the impact winter. The results show the cold would have been severe but likely not devastating enough to drive a mass extinction. However, soot emissions from global forest fires darkened the sky enough to kill off photosynthesizers at the base of the food web for well over a year, according to the study.

“This low light seems to be a really big signal that would potentially be devastating to life,” said Clay Tabor, a geoscientist at the University of Connecticut and lead author of the new study. “It seems like these low light conditions are a probable explanation for a large part of the extinction.”

The results help scientists better understand this intriguing mass extinction that ultimately paved the way for humans and other mammals to evolve. But the study also provides insight into what might happen in a nuclear winter scenario, according to Tabor.

“The main driver of a nuclear winter is actually from soot in a similar type situation,” Tabor said. “What it really highlights is just how potentially impactful soot can be on the climate system.”

The impact and extinction

The Chicxulub asteroid impact spewed clouds of ejecta into the upper atmosphere that then rained back down to Earth. The returning particles would have had enough energy to broil Earth’s surface and ignite global forest fires. Soot from the fires, along with sulfur compounds and dust, blocked out sunlight, causing an impact winter lasting several years. Previous research estimates average global temperatures plummeted by at least 26 degrees Celsius (47 degrees Fahrenheit).

Scientists know the extreme darkness and cold were devastating to life on Earth but are still teasing apart which component was more harmful to life and whether the soot, sulfate, or dust particles were most disruptive to the climate.

In the new study, Tabor and his colleagues used a sophisticated climate model to simulate the climatic effects of soot, sulfates, and dust from the impact.

Their results suggest soot emissions from global fires absorbed the most sunlight for the longest amount of time. The model showed soot particles were so good at absorbing sunlight that photosynthesis levels dropped to below one percent of normal for well over a year.

“Based on the properties of soot and its ability to effectively absorb incoming sunlight, it did a very good job at blocking sunlight from reaching the surface,” Tabor said. “In comparison to the dust, which didn’t stay in the atmosphere for nearly as long, and the sulfur, which didn’t block as much light, the soot could actually block almost all light from reaching the surface for at least a year.”

Recommended For You  A 'transitional fossil' debunked

A refuge for life

The darkness would have been devastating to photosynthesizers and could explain the mass extinction through a collapse of the food web, according to the researchers. All life on Earth depends on photosynthesizers like plants and algae that harvest energy from sunlight.

Interestingly, the temperature drop likely wasn’t as disturbing to life as the darkness, according to the study.

“It’s interesting that in their model, soot doesn’t necessarily cause a much larger cooling when compared other types of aerosol particles produced by the impact-but soot does cause surface sunlight to decline a lot more,” said Manoj Joshi, a climate dynamics professor at the University of East Anglia in the United Kingdom who was not connected to the new study.

In regions like the high latitudes, the results suggest oceans didn’t cool significantly more than they do during a normal cycle of the seasons.

“Even though the ocean cools by a decent amount, it doesn’t cool by that much everywhere, particularly in the higher latitude regions,” Tabor said. “In comparison to the almost two years without photosynthetic activity from soot, it seems to be a secondary importance.”

As a result, high latitude coastal regions may have been refuges for life in the months after the impact. Plants and animals living in the Arctic or Antarctic are already used to large temperature swings, extreme cold, and low light, so they may have had a better chance of surviving the impact winter, according to the researchers.

Note: The above post is reprinted from materials provided by American Geophysical Union. The original article was written by Lauren Lipuma. 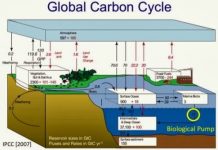 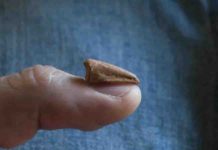 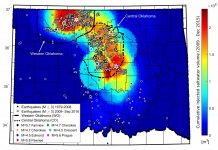 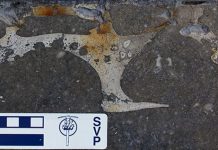