What is pink lake?

Pink Lake is a salt lake in Western Australia’s Goldfields-Esperance region. Even if the lake’s waters were visibly pink historically, they were no rose since 2017 for over ten years. The concentration of salt in Pink Lake is essential to the pink color and, as conditions alter, Pink Lake could turn pink. It is located approximately 3 km (2 mi) south of Esperance, and the South Coast Highway binds eastwards.

It’s very complicated the dynamics of why a river turns rose. The pond color may be affected by external modifications and climate circumstances. The Pink Lake of Esperance has lost its blue color owing to modifications in the salinity resulting from human activities.

John Septimus Roe, a resident magister in Albany who contributed to the early formation of the colony of West Australia, named Spencer Waterway in 1848 after Sir Richard Spencer. Lake Warden, next door, is reported to be named after Lady Ann Warden Spencer, Sir Richard Spencer’s spouse.

The Lake in the past had a distinct pink hue and was colloquially referred to as Pink Lake until 1966 when the Shire president, Cr W S Paterson, submitted a successful request to the Committee on Geographic Names, which resulted in Lake Spencer becoming officially a Pink Lake. The Pink Lake has been a tourist attraction for many years in the Esperance region, with its surroundings, its arteries and the local companies.

Historically, Pink Lake was the terminal lake in the Lake Warden wetland scheme, where water from the main lake suite (Wheatfield, Woody and Windabout) and Lake Warden would pour periodically into Pink Lake, adding salts to the atmosphere.

Increasing salt concentrations coupled with reducing evaporation water levels during the summer cause the appearance of purple hue that can be seen throughout the nation in ponds. With the building of the railway line and South Coast Highway, Pink Lake lost its link to Lake Warden and the southern lakes.

Commercial salt mining, which started in 1896 and stopped lowering salt concentrations in the lake in 2007. Due to drying in the catchment area connected with neighboring estates, further decreases in the salt concentration of the lake are created by freshwater reaching the scheme through a mixture of surface water inflow and enhanced groundwater inflow.

What causes Pink Lake in Australia?

Due to the green alga Dunaliella salina, halobacterium Halobacteria cutirubrum and/or elevated quantity of brine prawn, the unique color of the water modifications. Once the lake water hits a amount of salinity higher than sea water, the temperature is sufficiently elevated and sufficient light requirements are supplied, the alga starts to produce the red pigment beta carotene. The purple halobacterium grows at the bottom of the lake in the salt crust.

Scientists discovered that pink water bodies such as Lake Hillier contain both halobacteria and a sort of algae called Dunaliella salina that thrives in cold settings such as pink rivers. The red carotenoid pigments that Halobacteria and d have secreted. Salina is accountable for the otherworldly colours of the purple waters. In the Dead Sea, too, these same algae thrive.

Building a highway and a railway line is thought to have changed the flow of water into the lake, decreasing its salinity, which is why it no longer looks purple (as of 2017).

When Pink Lake is Pink?

A pink lake is a red or rose-colored lake. This is often triggered by the existence of algae, such as Dunaliella salina, which generates carotenoids. Due to modifications in natural water stream, decreased evaporation, and salt production, the distinctive color has disappeared — a practice that finished in 2007. But now, in a venture thought to be an Australian first, a group of researchers will explore how to restore the lake to its blue glory.

Is the Pink Lake toxic?

Can you swim in Pink Lake Australia?

In fact, swimming in the water of the lake is safe and fun, but for normal tourists it is impossible to do it as the lake can not be visited.

Is there any other Pink Lakes?

Yes. Australia is fortunate enough to have a lot of these natural wonders.

In the distant south of Victoria, a collection of salt lakes in the hot weather transform a beautiful deep pink.

Pink Lake close Dimboola is of special significance to the individuals of Wotjobaluk and the salt is collected by side and marketed there.

Lake Tyrrell, close to Sea Lake, is the biggest salt lake in Victoria and draws tourists from all over the globe as a star-watching place.

Recommended For You  Yehliu Geopark, Taiwan

There are several purple lakes in Western Australia. The most well-known are Lake Hillier close Esperance and Hutt Lagoon in the midwest of the state.

Every year, Hutt Lagoon draws hundreds of visitors and has become famous with Chinese travelers in particular as touring the lake has become a status symbol in China.

How many Pink Lake in Australia?

There are over 10 pink lakes in Australia, There are four rose beaches in Victoria’s Murray-Sunset National Park, Lake Crosbie, Lake Becking, Lake Kenyon and Lake Hardy, as well as a purple inlet in Western Australia, called Hutt Lagoon, between Geraldton and Kalbarri. 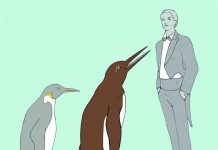 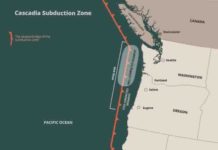 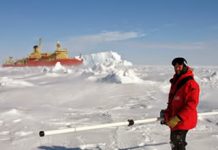 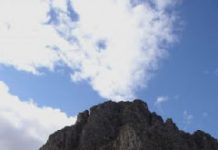