The quest for mining led to the discovery of telluride ores which were found to be associated with metals. Tellurides are ingrown into ores containing these precious metals and are also responsible for a significant amount these metals being produced. Coloradoite is a member of the coordination subclass of tellurides is a covalent compound that is isostructural with sphalerite (ZnS) (Povarennykh, 1972). Its chemical properties are highly instrumental in distinguishing it from other tellurides. First discovered in Colorado in 1877, other deposits containing coloradoite have been discovered since then. Although it plays an important role in the geology of minerals, it can also be used for other purposes.

Chalcanthite, whose name derives from the Greek, chalkos and anthos, meaning copper flower, is a richly-colored blue/green water-soluble sulfate mineral CuSO4·5H2O. It is commonly found in the late-stage oxidation zones of copper deposits. Due to its ready solubility, chalcanthite is more common in arid regions.

Chalcanthite is a pentahydrate and the most common member of a group of similar hydrated sulfates, the chalcanthite group. These other sulfates are identical in chemical composition to chalcanthite, with the exception of replacement of the copper ion by either manganese as jokokuite, iron as siderotil, or magnesium as pentahydrite.

Other names include blue stone, blue vitriol, and copper vitriol.

It was first discovered in Binnental, Switzerland in 1904 and named after Cambridge mineralogist Arthur Hutchinson, F.R.S. (1866–1937). 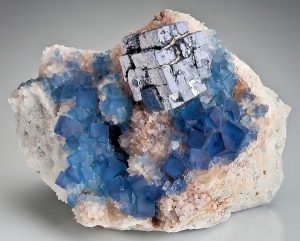 Galena, also called lead glance, is the natural mineral form of lead(II) sulfide. It is the most important ore of lead and an important source of silver.

Galena is one of the most abundant and widely distributed sulfide minerals. It crystallizes in the cubic crystal system often showing octahedral forms. It is often associated with the minerals sphalerite, calcite and fluorite. 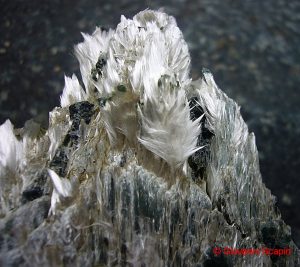 Asbestos is a set of six naturally occurring silicate minerals, which all have in common their eponymous asbestiform habit: long (roughly 1:20 aspect ratio), thin fibrous crystals, with each visible fiber composed of millions of microscopic “fibrils” that can be released by abrasion and other processes. They are commonly known by their colors, as blue asbestos, brown asbestos, white asbestos, and green asbestos.

In the early 1900s researchers began to notice a large number of early deaths and lung problems in asbestos-mining towns. The first such study was conducted by Dr. H. Montague Murray at the Charing Cross Hospital, London, in 1900, in which a postmortem investigation of a young man who had died from pulmonary fibrosis after having worked for 14 years in an asbestos textile factory, discovered asbestos traces in the victim’s lungs. Adelaide Anderson, the Inspector of Factories in Britain, included asbestos in a list of harmful industrial substances in 1902. Similar investigations were conducted in France and Italy, in 1906 and 1908, respectively.

Arsenopyrite is an iron arsenic sulfide (FeAsS). It is a hard (Mohs 5.5-6) metallic, opaque, steel grey to silver white mineral with a relatively high specific gravity of 6.1. When dissolved in nitric acid, it releases elemental sulfur. When arsenopyrite is heated, it becomes magnetic and gives off toxic fumes. With 46% arsenic content, arsenopyrite, along with orpiment, is a principal ore of arsenic. When deposits of arsenopyrite become exposed to the atmosphere, usually due to mining, the mineral will slowly oxidize, converting the arsenic into oxides that are more soluble in water, leading to acid mine drainage.

The crystal habit, hardness, density, and garlic odor when struck are diagnostic. Arsenopyrite in older literature may be referred to as mispickel, a name of German origin.

Arsenopyrite also can be associated with significant amounts of gold. Consequently, it serves as an indicator of gold bearing reefs. Many arsenopyrite gold ores are refractory, i.e. the gold is not easily liberated from the mineral matrix.

Arsenopyrite is found in high temperature hydrothermal veins, in pegmatites, and in areas of contact metamorphism or metasomatism.

Torbernite, whose name derives from the Swedish chemist Torbern Bergman (1735–1784), is a radioactive, hydrated green copper uranyl phosphate mineral, found in granites and other uranium-bearing deposits as a secondary mineral. Torbernite is isostructural with the related uranium mineral, autunite.

The chemical formula of torbernite is similar to that of autunite in which a Cu2+ cation replaces a Ca2+. The number of water hydration molecules can vary between 12 and 8, giving rise to the variety of metatorbernite when torbernite spontaneously dehydrates. 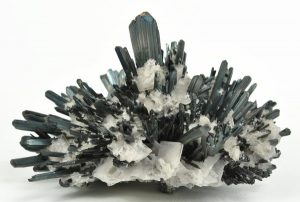 Stibnite, sometimes called antimonite, is a sulfide mineral with the formula Sb2S3. This soft grey material crystallizes in an orthorhombic space group. It is the most important source for the metalloid antimony. The name is from the Greek στίβι stibi through the Latin stibium as the old name for the mineral and the element antimony.

Orpiment Hartal Warki is a deep orange-yellow colored arsenic sulfide mineral with formula As2S3. It is found in volcanic fumaroles, low temperature hydrothermal veins, and hot springs and is formed both by sublimation and as a byproduct of the decay of another arsenic mineral, realgar. It takes its name from the Latin auripigmentum (aurum − gold + pigmentum − pigment) because of its deep-yellow color.

Cinnabar refer to the common bright scarlet to brick-red form of mercury(II) sulfide, formula HgS, that is the most common source ore for refining elemental mercury, and is the historic source for the brilliant red or scarlet pigment termed vermilion and associated red mercury pigments.

Cinnabar generally occurs as a vein-filling mineral associated with recent volcanic activity and alkaline hot springs. The mineral resembles quartz in symmetry and in its exhibiting birefringence; cinnabar has a mean refractive index of ~3.2, a hardness between 2 and 2.5, and a specific gravity of ~8.1. The color and properties derive from a structure that is a rhombohedral crystalline lattice belonging to the hexagonal crystal system, crystals that sometimes exhibit twinning.

Cinnabar has been used for its color since antiquity in the Near East, including as a rouge-type cosmetic, in the New World since the Olmec culture, and in China since as early as the Song dynasty, where it was used in coloring lacquerware.

Associated modern precautions for use and handling of cinnabar arise from the toxicity of the mercury component, which was recognized as early as ancient Rome. 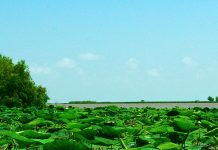 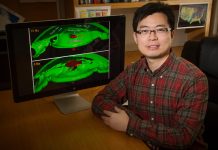 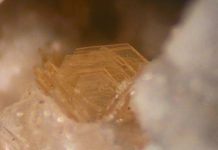 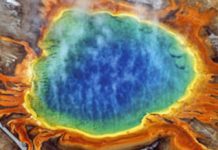