What is Sedimentary rock?

Sedimentary rocks are types of rock that are formed by the deposition and subsequent cementation of mineral or organic particles on the floor of oceans or other bodies of water at the Earth’s surface. Sedimentation is the collective name for processes that cause these particles to settle in place. The particles that form a sedimentary rock are called sediment, and may be composed of geological detritus (minerals) or biological detritus (organic matter). Before being deposited, the geological detritus was formed by weathering and erosion from the source area, and then transported to the place of deposition by water, wind, ice, mass movement or glaciers, which are called agents of denudation. Biological detritus was formed by bodies and parts (mainly shells) of dead aquatic organisms, as well as their fecal mass, suspended in water and slowly piling up on the floor of water bodies (marine snow). Sedimentation may also occur as dissolved minerals precipitate from water solution.

The study of the sequence of sedimentary rock strata is the main source for an understanding of the Earth’s history, including palaeogeography, paleoclimatology and the history of life. The scientific discipline that studies the properties and origin of sedimentary rocks is called sedimentology. Sedimentology is part of both geology and physical geography and overlaps partly with other disciplines in the Earth sciences, such as pedology, geomorphology, geochemistry and structural geology. Sedimentary rocks have also been found on Mars.

The sedimentary cycle is the second largest cycle in mineral and rock formation. Sedimentary rocks are formed by erosion, transport in rivers, ice etc. and involve the decay and disintegration of a preexisting rock mass. Usually there are no new minerals formed, only found.

When these particles eventually settle, they form alluvial gravels, sands or clays. When they are either cemented or compressed, then they form sedimentary rocks such a conglomerations, sandstones and limestones.

Chemical action in the environment leads to some material dissolving in water. Eventually the water may evaporate and deposits of borax and other salt “evaporates” may form this way.

Plant and animal remains are commonly incorporated among the rock fragments and these may be preserved as fossils.

Many gemstones are found in “alluvial deposits”. These deposits have their origin in the destruction of the original rocks and the resulting materials by rivers, floods and glacial movement. During this movement the heavier minerals tend to remain relatively close to the source, whilst lighter minerals are carried further away.

The heavier and harder materials do not wear as much as the lighter ones and tend to retain more of their crystal shape. Stones such as sapphire and topaz do not show as much abrasion as softer minerals like quartz.

Recommended For You  The world's rarest minerals

However, due to the continuous grinding and tumbling over a period of time, a large number of gem minerals are found as rounded “water-worn” pebbles. The gem gravels in Sri Lanka contain a wide variety of such minerals.

Because of their supreme hardness and density many diamonds survive the sedimentary processes and are frequently found in alluvial deposits. 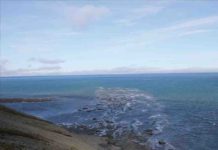 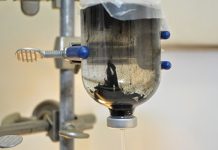 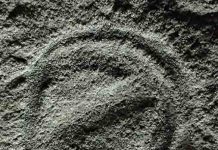